Google released its Android mobile operating system in 2008, and it went on to take the mobile world by storm. It is now used on more devices around the world than any other mobile OS.

Mobile apps are a massive industry which is continually growing. Almost every business in the world relies on apps. In fact, many businesses choose to go even further, and create their own proprietary apps. Studies have shown that many smartphone users spend more time on apps than on their web browser. Apps are definitely the future.

Treehouse’s Android category includes 11 courses, 6 workshops, and an android development track which provides students with the training they need to begin a career in companies that use Java, or alternatively create and launch their own app. The courses and workshops can be listed in chronological or alphabetical order, and by level of difficulty.

Treehouse’s Android courses teach students how to create Android apps using Java and the app tools available from Google itself.

This course is instructed by Ben Jakuben, a Treehouse teacher. It covers the very basic elements of Android development, and is project-based. Students will build a simple app that will serve up some fun facts when a button is tapped.

Jakuben introduces the Java programming language, as well as a tool for Android development called Android Studio. Some very basic concepts of the Android Software Development Kit, or SDK, are also introduced. By the end of this course, students have a good grasp of how a basic app works, and are armed with the knowledge to start building more advanced apps.

This is another beginner course, also instructed by Ben Jakuben. In this course, students will learn about the popular Android component called ListView, which is used to display and interact with a list of items. Another component which will be studied is RecyclerView, which is essentially a newer and more efficient version of ListView. Students will learn how to use some of the default components, as well as building custom lists, using their own layouts and adapters. 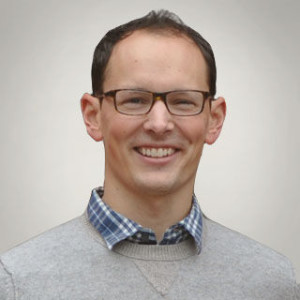 Although this is a beginner course, there is a prerequisite. Treehouse recommends first completing the Build a Weather App course, before beginning the lists and adapters course. This will ensure the best results, and make certain that the student is taking away as much as possible from the course.

Android Lists and Adapters runs approximately three hours, and has six modules. Each module includes lectures and coding challenges, and some of them also include assessment quizzes.

About the Instructor: Ben Jakuben

Jakuben is a mobile development teacher at Treehouse. He has spent nine years in software development before finding his way to the website. Jakuben specializes in iOS and Android development, and he teaches more than a few courses on these topics. He is firmly committed to the belief that the world is evolving to a better place.

Wave of the Future

Although it received a lackluster welcome when it was released, Google’s Android OS quickly became the leading mobile platform. Part of Android’s allure lies in the fact that it allows customization and personalization of its source code.

Android has a very active developer community, which uses the Android Open Source Project (AOSP) to modify the original operating system. By doing this, new features and updates become available much faster than through the official manufacturer. Android development is a booming industry, and it is showing no signs of slowing down. Skilled Android developers are always in demand, and those who are interested in becoming a mobile app developer should definitely look into Treehouse’s Android section.

Interested in online courses? Some of the best Lynda courses and Udemy classes can aid you in furthering your knowledge on a wide variety of topics!