One thing is for sure – Apple, Inc. knows what it’s doing. It released its iPhone in the summer of 2007, and built into that revolutionary mobile device was the iPhone’s operating system, OS X. In a 2008 beta release, the iPhone’s operating system was named iPhone OS. Later, in 2010, this was shortened to iOS, and has stayed that way ever since. In October 2015, iOS 9.1 was released as the latest stable version. 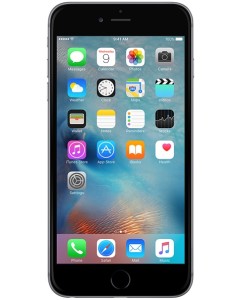 So, what exactly is iOS? In short, it is an extremely powerful Unix-like, OS X-based operating system, which powers iPhones and iPads. It is a closed source operating system, and updates are released by Apple. iOS is written in C, C++, Objective C, and Swift.

Treehouse online learning platform offers an iOS category containing 26 courses and 12 workshops in its library. Students are invited to learn the language, tools, and frameworks necessary to build interactive apps on the iOS platform.

Examples of iOS courses are: iOS Tools, Object-Oriented Swift, Build a Game with Sprite Kit, and Swift Basics. There are also a number of iOS-related learning tracks, which guide the students through the various iOS programs.

This course is instructed by Pasan Premaratne. It is a project-based course, where students build a Fun Facts app, and learn how to use the Swift language and the Xcode and Interface Builder tools in the process. Students will also learn about key concepts such as views and view controllers, creating a data model, and the Model-View-Controller design pattern. By the end of the course, students will have created an app that will familiarize them with the world of iOS development. 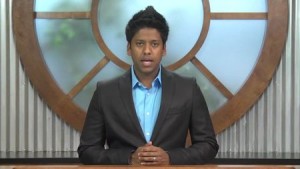 Although this is a beginner course, there is one prerequisite. Treehouse recommends completing the Swift Basics course, before beginning the Build a Simple iPhone App with Swift course.

This course is nearly three hours long, and it has six modules. Each module contains lectures, coding challenges, and short assessment quizzes.

About the Instructor: Pasan Premaratne

Premaratne is an iOS specialist and iPhone app developer. He spends most of his time learning, and the rest trying to figure out how to pass that knowledge on to others. Premaratne is Treehouse’s chief iOS instructor.

This course is instructed by Douglass Turner and Amit Bijlani, Treehouse guest teachers.

iOS applications are primarily written in a language called Objective-C. Without a proper understanding of C and Objective-C, it is not possible to be a professional and productive iOS developer.

Objective-C Basics teaches the fundamentals of C: scalar types, arrays, structs, and memory allocation. By doing so, Turner and Bijlani lay the foundation for Objective-C topics, such as: classes, object messaging, properties, methods, ARC, dynamic typing, and protocols. By the end of this course, students will have gained sufficient knowledge of the concepts and practical uses of the language Objective-C. 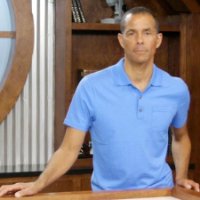 This is a long course, clocking in at 311 minutes (over 5 hours!). Objective-C Basics has seven modules, and these contain lectures, coding challenges, and short assessment quizzes.

About the Instructors: Douglass Turner and Amit Bijlani 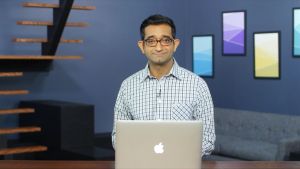 Turner is an Apple alumnus and Silicon Valley veteran. He later spent eight years consulting and teaching in Scandinavia while based in Reykjavik, Iceland. He is now based in Boston, where he runs an iOS software development and training company.

Bijlani is an iOS Developer who loves teaching and speaking about iOS. He also specializes in design and JavaScript. When not in front of a computer, he's exploring the outdoors or meditating.

Yes, Apple, Inc. definitely knows what it‘s doing. iOS is one of the most advanced operating systems in the world, and it continues to lead the world into the future. Knowing how to build, manipulate, and develop apps for iOS is a skill worth having. The iOS has the second largest share of the smartphone market (right after Android), which is why iOS developers are always in high demand. When it comes to tablets, it is the number one operating system in the world.

Treehouse’s educators are here to guide you through your first of many steps in the world of iOS development. There are courses for beginners, intermediates, and advanced users. The iOS workshops are led by industry experts, and are full of tips, tricks, and demonstrations. Students can learn, for example, how to handle local notifications or use auto layout. There is also a workshop on discovering what’s new in the latest iOS software development kit (SDK).