Imagine, for a moment, that you’ve landed an interview for the job of your dreams. It feels almost as though you’ve waited your entire life for this moment to arrive. Would you show up an hour late to the interview, wearing yesterday’s wrinkled shirt, jeans with a ketchup stain running down the front leg, and untied shoelaces? I somehow imagine not. That is because we all know intuitively that a large portion of success in life comes down to being PREPARED.

Is There Life After High School? 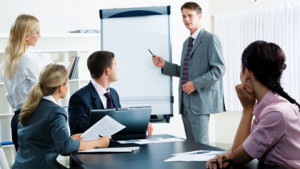 Straight to the workforce, or college education first?

As high school draws to a close, it comes time for students to leave behind the cocoon of the educational system and decide on their plans for the next stage in life. Often, it comes down to a question of whether the student opts to begin working straight away, or to delay entering the workforce in favor of obtaining higher education. The reasons for choosing to attend college are many and varied, but for most college students, they believe that once they do in fact begin work, they will hold an edge over the competition thanks to the skills and diploma which they have worked so hard to earn.

So to bring this back to the initial question: if those individuals who are seeking work are careful to put so much preparation into applying for and obtaining a job, why should any less thought and effort go into applying to colleges? Some students may falsely believe that by the time college application deadlines roll around, that it’s already too late – too late to turn around their grades from the first years of high school, too late to sign up for more extracurricular activities, too late to step up their amount of volunteer work within the community.

To that, I respond – it’s never too late! Of course, doing well in school and accumulating a well-rounded after-school experience are both very important components as well. But if you are a student like me, who suddenly woke up junior year of high school wondering why I hadn’t been putting in more effort all along, don’t despair. There is another, vital component which factors heavily into your college acceptance success rate, and that would be none other than your SAT scores.

What is the Best Way to Prepare for the SAT Exam? 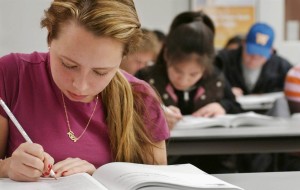 I was a fairly good student throughout high school, always showing up to class (well, except for rare exceptions) and doing decently well without having to try too hard. However, at the expensive private school I attended, many of my friends felt pressure from their parents and teachers to work until the point of exhaustion. I had always appreciated my parents’ easygoing manner, and their support that as long as I was doing fine in school, there was no need to make myself crazy about studying for hours a night. I was a teenager, after all, and they wanted me to have the chance to enjoy life as well.

Well, as much as I am glad that I had the chance to have a life outside of school, I started wondering how I could best leverage myself when it came time to begin exploring various college options. I had taken a handful of AP classes, and participated in mock trial and high school chorus, but here I was going up against classmates who had participated in every sport, every team, and still managed to run straight A’s across every single AP class offered by my school. (Sometimes I wondered if these students had more hours in the day than the rest of us, or otherwise if they just never slept.)

I think of myself as an intelligent and motivated student, but I knew that I would need something to help me stand out amidst the sea of capable applicants applying for a select number of spots at the most coveted schools. Enter the SATs.

Some History About the SATs

The SAT was designed as a means to standardize what knowledge and information was required of students in order to be prepared for college. Back in the late 1800s, each specific university had their own particular entrance exam, which made it rather difficult for schoolmasters to adequately prepare their students who wished to apply to a multitude of different colleges. 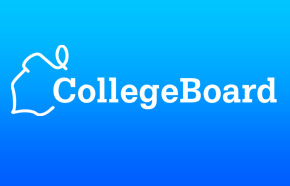 In 1899, the College Board was created to solve this very issue. The goal was for a set of unified exams to aid in the acceptance process from secondary school to university. The very first SAT-precursor was administered in 1901, and this test covered topics such as Latin and German.

The “Scholastic Aptitude Test” was created in 1925, and this marked a shift in testing students’ knowledge of memorized facts to testing their ability to reason and apply knowledge to new situations.  It was the only test of its kind within the United States for several decades, until the ACT was created in 1959.

By the 1990s, the Scholastic Aptitude Test underwent another shift and rebranded itself as the Scholastic Assessment Test. The name change was meant to reflect that the test cannot definitively predict how a student will do in college, only that it can assess his or her potential. By either name, though, the SAT still seeks to demonstrate to colleges what students know and how capable they are of applying that knowledge.

May the Odds be Ever in Your Favor

I’ve always prided myself on my standardized-test-taking abilities, perhaps in large part thanks to the fact that my parents never stressed me out about these tests and instead were always encouraging. Ironically, causing a student to stress excessively about testing often has the opposite of the desired effect, and leads to a decrease in test-taking performance. Calm and cool as a cucumber, I always sailed right through testing.

Not stressing is not the same thing as coming unprepared, though. Part of the reason why I was so collected on the day of my SATs was because I knew I had put in just the right amount of time to ensure I was adequately ready to sit for my exam.

Whether you opt for College Board, Kaplan, or any of the other SAT preparation materials out there on the market, you must be sure to stick with a set schedule – and heaven help you if you leave studying until the week before the test!! The SAT is not something you can cram for at the last minute, and attempting to cram will only cause you to stress without retaining the necessary information. 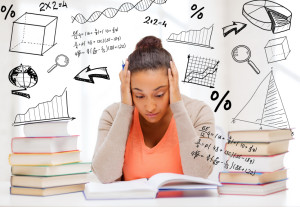 Study far in advance so as not to overload your brain!

Instead, once you’ve made your choice of deciding to take the SAT exam, begin your studying several months in advance of your test, as your brain will better learn and retain information learned for a few minutes a day over the course of time instead of information crammed for hours the night before. Even if you only designate yourself to studying for 5-10 minutes a day, if you start early enough in the year, you WILL be able to make it through your study book and complete all of the necessary practice tests! Take it from me, a student who lacked the attention span to sit for hours at a time studying, but who used mini daily study sessions throughout my entire junior year to ensure that at the end of the day, I rocked the SAT and was accepted to my first choice university!

Best of luck in your SAT journey, and may it lead you to the college of your dreams!

Tagged as: Deciding to Take the SAT Exam, studying for sat