In spite of what some people would have us believe, the truth is that computer and video games can do a lot more than turn people into couch potatoes. More often than not, video games involve using mental as well as physical skills (hand-eye coordination, for instance) which need to be honed and improved-upon. Video games are about problem solving, being active, and using given information at the right time – just like classroom education strives to be. However, unlike the classroom setting, pieces of information in a video game are given in shorter bursts, as they become relevant to the situation which the gamer is in. This helps keep the gamer interested, stimulated, and actively engaged. 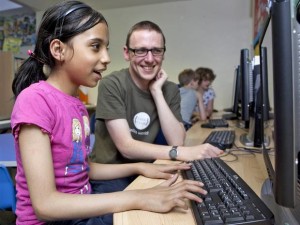 Video Games can be educational

Traditionally, a classroom model is that of a teacher lecturing in front of a group of students. This is somewhat lacking, due to a number of reasons:

A – Students learn at different paces, and this can cause those who have a slower pace to experience difficulties, which can lead to frustration and eventually be the catalyst for those students to underachieve, score poorly on tests, and even be held back.

B – The teacher is engaging the class as a whole, without focusing on any individual student. This can lead to students disconnecting from the group, with no personal approach to bring them back to the class.

C – Students get bored easily, and they not always have the patience to sit through a lecture. The environment is one does not always lend itself to proper educational information retention.

Video games and education are closer to each nother than most people would think. In fact, video games employ techniques which have proved themselves to be beneficial in elementary, secondary, and higher education:

During a study, teachers were asked why they do not use video games in their classroom. The answers were narrowed down to six main points:

The different concerns varied from experienced to inexperienced teachers, and the results were – once again – inconclusive as to the possible effect of video games in the classroom.

There is no doubt that video games already are playing a part in educating our children. In the US, congress has had an ongoing debate regarding the legitimacy of certain games and their possible effect on children. No evidence was found directly linking video games to the negative attributes which are associated to them by those who would want to ban or restrict their use. 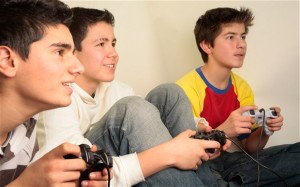 There are many educators who would see video games as a weapon of destruction and mayhem, while others view them as an important learning tool, be it for children or adults.

Few will deny the fact that video games have the potential to be a wonderful way to teach and be taught. However, they can also be harmful and addictive in the wrong hands. When it comes to kids, it is up to us – parents and educators – to provide them with the best tools necessary to navigate through school, and later on through life. The current system is lacking in many ways, and may leave a lot to be desired. However, we must be careful not to jump the gun in our search for a better way. Ultimately, machines will only teach you so much. Nothing will ever replace a healthy teacher-student relationship.