Razer, Inc. is a company based in California. It was founded in 2005 by Min-Liang Tan and Robert Krakoff, in San Diego. The two, who were (and still are!) avid gamers, established Razer in order to design and create high-quality gaming products, which aim to meet the ever-growing demands of one of the toughest and most unfogiving communities on or offline – gamers. Razer’s motto is “For Gamers, By Gamers”, and that is exactly what the two founders had in mind. It is a mini-maxim and mission statement rolled into one. 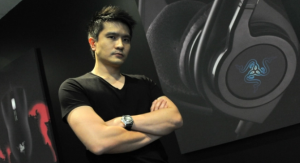 Tan and Krakoff started working together back in the 1990’s, when Krakoff was working as a manager of Karna LLC, a technology licensing company. Krakoff brought Tan on as an outside consultant, since Krakoff was looking to explore the possibilities of high speed tracking technology. He realized that Tan could provide the company with vital (albeit somewhat informal) ideas and suggestions from a hardcore gamer’s point of view, and knew that that kind of insight is invaluable to a company which is looking to expand into the gaming world.

Karna released the Razer Boomslang gaming mouse in 1999, and it took the gaming world by storm. It became a standard, and was held in very high regard by both the gaming industry and gaming community. Soon after that, the dot com bubble burst – hopes were dashed, dreams were shattered, and Karna was shut down in 2000 after encountering financial difficulties. However, Krakoff and Tan did not give up on their desire and shared ambition of designing unique products for gamers. In 2005, the duo got together again, acquired and subsequently revived the Razer brand, and established the company.

Years later, Razer, Inc. is living up to its mission statement and its founders’ dreams, and with each new release, it continues to set the standard for the gaming industry. Talk about turning a hobby into a profession! Nowadays, Razer employs hundreds of people all over the world, and it designs software, hardware, and devices meant primarily for gamers and the gaming community. Razer and its unique line of products reach gamers of all ages, genres, locations, and consoles/platforms. The company has a very devoted following, and it also sponsers professional gamers, tournaments, and other events related to the gaming industry. “Team Razer” is the name given to the collective group of eSports professionals who unite under the Razer banner, and it is a diverse and dedicated group of individuals.

Razer Around the World

Razer has corporate offices in a number of locations. Its headquarters are in Irvine, California, and it also holds two more U.S. offices: in San Francisco, and in Austin, Texas. A European office is located in Hamburg, Germany, and the company also has offices in Singapore (dubbed Asia-Pacific), Taiwan, South Korea, and two offices in China.

Razer has its own small chain of stores (RazerStore). These are located in Bangkok, Thailand; Manila, Phillippines; San Fracisco, California; Shanghai, China; and Taipei, Taiwan. Within these stores are the latest gadgets and goodies from Razer. These stores house and sell the cutting-edge technological marvel which is Razer, Inc. Patrons of the shops are invited to “Touch. Play. Stay.”, and immerse themselves in the most advanced and impressive gaming experience available today. 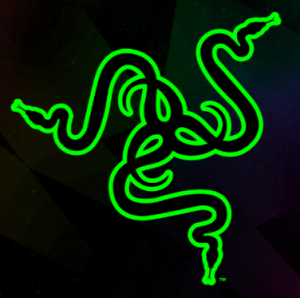 The RazerStore is definitely a place which wows the senses, and dazzles the mind. No two visits will ever be alike, since the gaming stations and product configurations are constantly changing. If you are in the vicinity of one of these shops, consider yourself lucky! And, should you get the chance to walk into one of them, do not pass it up. It is the kind of place which certainly leaves an impression, whether you end up buying something or not. Remember the old idiom “like a kid in a candy store”? Well, this is a whole other kind of candy. Furthermore, the RazerStores play host to game-related events, such as launch parties, viewing parties, tournaments, and gaming-celebrity meet ‘n’ greets.

Razer at a Glance

Here is a quick look at Razer’s long line of gaming products, and at the Razer community at large:

When Razer was founded, it made a commitment to the gaming community. This is shown throughout their continued sponsoring and innovating. Razer’s website has a section devoted to support of its systems and peripherals, and which allows users to locate the latest drivers, user manuals, questions and answers, and different kinds of documentation which will help them navigate their way through the wide world which is Razer.

This section also features support for the online store, registration of Razer products, information on shipping and order status, and Razer’s varying warranty periods. Since it was established, Razer has been carrying the torch for gamers everywhere, and it continues on providing the gaming community with the greatest and most technologically-advanced systems, software, toys, and gadgets around.

Here are some of the company’s best selling products:

Razer DeathAdder Chroma – A 5-button, multi-color, ergonomic mouse, with a 10,000 dots per inch sensor, and a convenient grip. It is probably the world’s most widely-used gaming mouse, and it has a fluid and speedy response. The chroma lighting has over 16.8 million customizable color options. The DeathAdder is also available in the following styles: Deus Ex Chroma, Overwatch Chroma, Essential, and Left Hand configuration.

Razer BlackWidow Chroma Clicky – This fully programmable gaming keyboard comes in a variety of styles and sizes. It is built around Razer’s ground-breaking Mechanical Switches, and is one of the most durable and playable keyboards around. Like the DeathAdder Chroma, it also has over 16.8 million customizable color options. Comes with USB port, standard 3.5mm headphone jack, and microphone jack. The keyboard has easy access keys for media playback and volume control. A unique setup prevents “ghosting” of keys, and provides one of the most powerful gaming experiences available today. The BlackWidow is available in Clicky or Clicky-Metal. It can be ordered in the following sizes: compact, compact RGB, Deus Ex Full RGB, Full Backlit, Full RGB, and Overwatch Full RGB.

Razer Mamba Tournament Edition – This is probably one of the best gaming mice which the world has ever seen. It has a 5G laser sensor (the most precise sensor ever engineered) with over 16,000 dots per inch, and unsurpassed sensitivity adjustment. It comes in an ergonomic, right hand design, and is rubberized in certain areas for increased comfort. 9 independently programmable buttons, along with a tilt-control scroll wheel, make this one of the most accurate and finely-tuned gaming apparatuses around. Like the previous two best-sellers on this short list, this mouse also has over 16.8 million customizable color options. Comes in the following configurations: Mouse, Mouse + Chroma Mat, Mouse + Mat.

Last, but not least, is an item that began shipping only days ago – the Razer ManO’War 7.1 gaming headset. This thing has multi-platform abilities, 7.1 virtual surround audio, a retractable microphone with volume control, and ear cups which look like fluffy black cushions. Cannot wait to test this thing!

The Future of Razer

Nobody but the company’s employees know exactly what Razer has in store for the gaming world, but one thing is certain: whatever it is, it is going to be awesome. Ever since the first ball-operated Boomslang gaming mouse came out in 1999, gamers have been excited about the name Razer. Its products have been met with a lot of enthusiasm and appreciation from game manufacturers and gamers alike. This has been going on quite consistently, and Razer’s team of motivated engineers and designers are showing no signs of stopping.

There are those who say that Razer products are overpriced, but I disagree. You get what you pay for. This is true to just about any field, and it is certainly true here. If you want high quality, it is going to cost you some money. There is no way around that fact. Are there cheaper, off-brand versions of some of the products which Razer manufacturers and distributes? Of course there are. You can get anything for a cheaper price these days. Is it less expensive? Yes. Is it Razer quality? Definitely not. And therein lies the difference. Razer is set apart, and it has worked hard to achieve this coveted status. You don’t get to where this company has gotten, without releasing a few breakthrough innovations.

Like I said, gamers can be a tough crowd to please. What sets Razer apart is its ongoing commitment to the world of gaming, and to those who are a part of it – whether they be novices, veterans, or top-tier professionals. George Bernard Shaw once wrote: “we don’t stop playing because we grow old; we grow old because we stop playing”. Razer’s story is one of determination and ambition. The two founders overcame difficulties and failures in order to realize their shared dream, and I suppose that that is part of what makes them such a good team. They did this because they believed they had something new to offer the gaming world, and they weren’t about to let the Man or the times get them down. They wanted to provide gamers with everything they needed on the long hard road to victory.

As Razer’s co-founder and CEO, Min-Liang Tan, said in an interview he gave PCMag back in 2014: “‘For Gamers, By Gamers’ is more than just a slogan.” You can say that again.

Stay tuned here at EduMuch for more on Razer and other great brands!