“Vaping” is short for vaporizing. A vaporizer is a tool which is used to create vapor out of plants’ active ingredients. Common uses of a vaporizer are for inhaling solutions derived from tobacco and marijuana, but other kinds of herbs and plant-mixes can be vaped as well. Why is it awesome? Well, read on.

What Is An E-Cig?

An electronic cigarette (e-cig) is a battery-powered vaporizer which achieves the look and feel of tobacco-smoking, without actually burning tobacco. This is a crucial difference. The idea is that instead of taking in cigarette smoke, the user inhales a vapor. Inside the e-cig, there is a heating element which vaporizes the solution (known as e-liquid).

This solution typically contains: glycerin, a sugar-alcohol compound; propylene glycol, a water-like substance which allows other chemicals to be carried and dispersed; nicotine, a mild stimulant with addictive properties; and flavorings, which vary greatly in composition. E-liquids can also be obtained free of nicotine, free of flavor, and free of propylene glycol.

How To Vape: Parts And What You Need

Vaping devices can seem somewhat baffling at first, but it really is a rather simple mechanism. So, what is necessary to cause all of this vaporizing action?

Vaping devices have gone through several developmental stages or ‘generations’. The original first-gen e-cigs (also known as cigalikes) looked like regular cigarettes, but as the technology grew, so did the look of these vape tools. Nowadays, there are devices which offer more advanced (and sometimes replaceable) atomizers, longer-lasting batteries, higher-quality materials, refillable and disposable e-liquid tanks (with varying capacities), better vape production, and a significantly more customizable experience overall. All of these are changing the perception of vaping, and are making it easier, more personable, more presentable, and – for better or worse – more accessible.

Next, you will need some e-liquid (also known as vape juice or e-juice). These come in every conceivable flavor, shape and, form. Like I already mentioned, they can be obtained with or without nicotine, flavor, and any other substances.

So, How Do You Actually Vape? 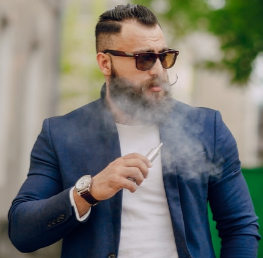 Vaping is a different kind of experience than cigarette smoking. With cigarettes, the action is one of pulling at the tip and subsequently taking the smoke back into your mouth and lungs. With vaping, you need to start slow, and with time your method of inhaling will adapt and become more suitable to vaping, rather than smoking.

For this reason, and in the interest of being able to truly customize your vaping experience, buying a more sophisticated and personalized kit will work to your advantages. Alternatively, starting with a simpler setup, without any bells and whistles, is also very common. Plus, if you’re stuck, tutorials on every vape-related subject imaginable are available online. Check out our Top-10 Vape Pens feature to learn more.

Let’s get this out of the way right now: e-cigarettes are not inherently “healthy.” They are simply less harmful. Significantly less harmful, to be sure, but not healthy by any means. Case in point: they still contain nicotine, most of the time.

There is a big difference between healthy and less-harmful, and I take issue with those who are trying to portray e-cigs as being safe and healthy. There has not been enough serious study on the long-term effects of vaping, and because of that, any and all studies should be taken with a grain of salt. Even the more positive and optimistic ones. Time will tell on whether or not vaping is in fact as positive as its advocates claim it to be.

Is Vaping A Smoking Cessation Tool? 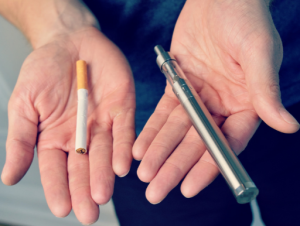 The vaping market is a growing industry. Since it was first introduced in 2007, vaping has become a widespread phenomenon, and many people are taking part in it.

One of the groups who is vehemently pro-vaping is that of ex-smokers who are using vaping as a smoking cessation tool. To be clear, the FDA does not classify vaping as such. In fact, because this is a relatively new industry, the FDA is still trying to grapple with the practice, better understand its nature, and categorize it accordingly. As a result of that, we are living at a time when vaping is still considered a tobacco product, and there are no particular state or Federal regulations regarding e-cigarettes. The one thing which the FDA has stated, is that it is not interested in the public perceiving vapes as being safer than cigarettes.

In spite of this, smokers who are looking to quit are using vaping as a viable method for getting off cigarettes. A vape allows a user to enjoy the physical and psychological aspects of smoking, but with a much, much lower risk factor. Again, this has not been substantiated by any official branch of government. The studies which have been conducted until now do indeed lean in favor of vaping as a smoking cessation tool, but this industry is still in its infancy, and because of that there is not enough data to support either group’s claim. Also, studies can be swayed in many ways, depending on who is funding them.

It is at this point that Big Pharma stepped in. The companies which manufacture and distribute nicotine gum, patches, lozenges, and other types of smoking cessation methods, have come out against vaping in a big way. They contributed large sums of money to various health organizations, in an attempt to get them to play ball, and present a unified anti-vaping front. Those big drug companies are losing a lot of business due to the success of vaping as a quitting tool, and it is difficult for them to see all that money being spent on products which are not theirs. 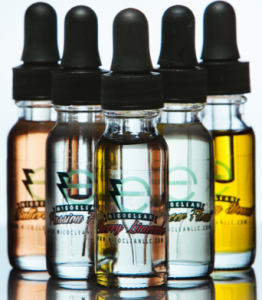 Liquids come in every flavor imaginable. Kind of like Harry Potter’s ‘Bertie Bott’s Every Flavour Beans.’ From plants through foods and beverages to strains of tobacco, there’s a flavor out there that you are going to love. They also come in many sizes, with a bottle of e-liquid commonly containing between 5ml–30ml.  If you are a noob, better go with a smaller bottle at first, especially if you are trying out a new flavor.

E-liquids have different strengths. High strength vape-juice contains a much higher level of nicotine. For the uninitiated, too much nicotine can make you feel ill and dizzy. Start slow. And, as mentioned before, there are also e-liquids with 0% nicotine available, for those who have cut it out completely or who have no interest in taking that chemical in.

Liquids and their ingredients, though they do share some basic elements, vary greatly from one manufacturer to another. This is especially true to flavored liquids, which opens up a whole can of chemical worms. I think we can all agree that the less tobacco, nicotine, and chemicals you take into your system, the better off you will be. With that thought in mind, make sure to do your research, and choose the right kind of e-liquid for you: strength, size, and flavor – it is best to take them all into account when purchasing a new type of liquid. 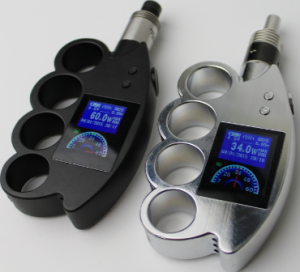 Mods are intended for those who have been vaping for a while, and who are interested in a more advanced, more suitable device. There are vapes which have voltage control or wattage control, and other ones which dispense with regulating electrical circuitry altogether, and are simply mechanical.

As a rule of thumb, it is best not to begin with any kind of mod, be it mechanical (mech) or regulated. If you are a beginner, buy yourself a beginner’s kit. That’s the best advice for anyone who is new to vaping. People choose a modified vape in order to benefit from its simplicity, its reliability, and its looks. The mech mods are growing in popularity, since they are considered to be the best and easiest to handle. Less parts and less wires equals less that can go wrong. For this reason, mech mods are said to be pretty much indestructible, very low maintenance, and highly reliable.

On the other hand, if you are a vaper which is looking for more control, then you will be better off with a regulated mod. Those mods offer control of voltage/wattage, device readouts (status of battery, ohms, voltage), on-the-fly customization, and extra circuit protection (such as in the case of overheating, short-circuiting, etc.). Those who are looking to enjoy a straight up experience, low maintenance, and a more simple design will undoubtedly be happy with a mechanical mod.

Learning cool techniques to exhale the vapor is – for many people – part of the whole vaping experience. Vape tricks, such as blowing rings, donuts, triangles, and even vapor bubbles, are something which integrates a simple sort of fun into the act of vaping.

All vape tricks take time and patience to learn, and even more to master. That being said, some of these are real crowd-pleasers, and are pretty impressive once you have them down. So, if you are so inclined, start practicing your movements, and see just how much of a trickster you can be.

Vaping is becoming more widespread every single day. While there may be those who bemoan it as being a sordid gateway device to the highly addictive and very harmful habit of cigarette smoking, the future seems pretty optimistic for those who choose to engage in it. As technology advances, and as further studies are being conducted, more information is being made available to the public regarding the act of vaping, along with its consequences.

Only time will be able to tell what our new administration has in store for vapers and vape politics. As stated previously, studies are still inconclusive, so I wouldn’t be on the lookout for any ground-breaking legislation or FDA statements anytime soon. However, if there is one thing I hope for – in this regard – it’s that in time, vaping will be considered a viable cessation tool, and Big Pharma will be unceremoniously put in its place. That’ll be a good start.

Want to learn more about camping for your next vape club camping trip getaway? Read up on Kelty, Big Agnes, Coleman, and REI Kingdom here at EduMuch!