The Best Schools In the World

The Organization for Economic Cooperation and Development (OECD) has just released the largest ever global school rankings report. The results are not too surprising to some, and perhaps very surprising to others.

First of all, let us take a look at this ranking system. It spanned 76 countries, worldwide. Unlike in previous years, when the ranking included only the more affluent countries, this year's report included countries of fewer means, like Vietnam (12) and the Czech Republic (21).

The OECD decided to conduct a more complete and thorough survey this year, after finding a direct link between overall education and economic growth. The OECD believes that letting countries see how they rank next to their neighbors will give them motivation to improve their ranking. A kind of healthy rivalry, if you will.

For the purpose of the ranking, the OECD tested 15-year-olds in math and science, and calculated their scores. Other tests were factored in, but the bulk of it was done in this fashion.

The first five spots were claimed by Asian countries: Singapore, Hong Kong, South Korea, Japan, and Taiwan. The first 5 spots belong to Asia, and it is a very revealing stat. It speaks of the shift in economic strengths which is occurring in the Asian sector.

It also shows of a country's determination. In the 1960's, Singapore had a very high level of illiteracy, whereas now they are ranked first in the entire world in math and science. Impressive, to say the least.

The sixth place belonged to Finland. In the rankings which the OECD has done throughout the years, Finland has ranked near the top in overall education. This particular ranking pushed them down a bit, but sixth out of 76 is still very impressive.

Canada is the first North American nation to make it on the list, coming in at 10th place. The United States came in at number 28, below a few very poor countries, such as Poland (11) and Slovenia (18).

Part of the goal of this new ranking was so countries could see how they stack up against countries of all ways and means, and the U.S. coming in at number 28 is something which has disturbed many people.

However, we must understand that studies and surveys can be manipulated, and that there are many factors which go into determining the overall score.

Simply coming in at number 28 does not necessarily mean the U.S. is so average. You have to dig a little deeper and find the rhyme and reason behind the USA's supposed mediocrity.

The study was conducted with 15-year-olds. Since the U.S. employs a free market system (which includes schooling), the top schools in the U.S. are nothing like the others. Children who are brought up in certain countries will all have the same basic 15-year-old level of education, whereas in the United States the numbers from one school to another will be significantly different. This is due to a variety of factors, including location of particular schools and their allotted resources, decisions of the school administration, and whether the child receives a private education vs public.

Concurrently, the U.S. has a heavy top shelf of talent, and a wider pool of average, 28th-place students. This is why countries like the United Kingdom (20) also came in the 20’s due to its free market education systems. 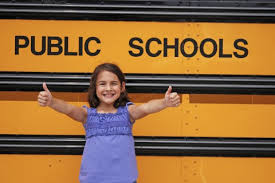 Due to the privatization of schools, there is a significant percentage of top tier talent.

Furthermore, these rankings are slightly skewed if they are to represent economic growth. While the United States may not have many students scoring in the highest percentiles, they have many people immigrating to its borders, and working with their pre-established high tech and high education workplace.

The U.S. can learn a lot from the Asian countries and other ones, to be sure. However, the stats don't necessarily paint a picture which is absolutely true to reality.

In order for the OECD to truly test a nation's ability for economic growth, they should provide a ranking based on tests but incorporate figures which will reflect the quantity and quality of the workforce already in place.