All good things come to an end, right? Well, they at least come to a stop. After a remarkable run of over ten-plus years that began at the turn of the millennium and featured an increase of over 500-percent in price, gold has finally seen some decline in recent years. The ease and accessibility of internet trading greased the wheels of the historic gold boom, creating a perfect storm of sorts for a commodity that was primed to make a run regardless of peripheral circumstances. Settling in the $1,000-$1300 per ounce range (still 300-400% over levels seen in the year 2000, not exactly a tragedy for long-term gold investors), the decline of gold has given pause to investors who had begun to view gold as the go-to commodity in terms of safety and security – it’s hard to argue with an investment that hadn’t seen a substantial decline since the Reagan administration. 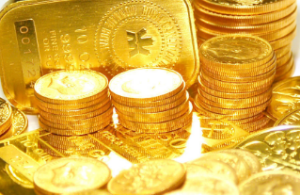 However, as reliable as gold has been, it still can’t qualify for the “death and taxes” tier of sure-things in life – the nature of trading stocks and commodities is such that there are no sure things, ever. With that being said, that doesn’t mean that gold doesn't represent one of the smarter, sounder investments that someone can make in 2016 and moving forward. However, before we delve into all of that, and explain why to invest in gold in 2016, we need to take a step back and look at the bigger picture in terms of gold and commodity investing. 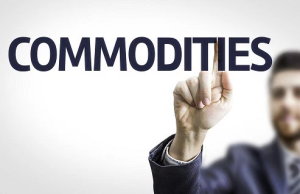 For those of you who are more experienced and familiar with the ins-and-outs of commodities trading, bear with me here. Or, feel free to skip ahead to the next couple of sections in our feature. Here at EduMuch, we like to keep things accessible for all types of investors, from novice to expert, for the sake of making sure everyone can get involved with gold and investing. With that in mind, let’s talk about commodity investments!

As opposed to the trading of stocks – in which stocks are representative of a ‘piece’ of a company and bought and sold, or ‘traded’ between companies or third parties and investors – the trading of commodities involves the trading of goods that hold value. There are four primary categories of commodities trading; energy (oil for example), metals (gold, silver, platinum, etc.), livestock and meat (yes, really), and agricultural-based (coffee, corn, cotton, etc.). In the same sense that someone would buy a stock because they believed the company they were investing in to be undervalued or a safe investment, people can invest in any of the above listed commodities on a commodities exchange because they believe the commodity to be undervalued, safe, or primed for an increase in price.

The advent of accessible internet led to the growth of exchange-traded funds – investment funds traded on stock exchanges like stocks, which, unlike stocks, hold specific assets and trade closely to the value of that asset. In other words, if you wanted to invest in oranges, but didn’t want to actually purchase oranges through the traditional commodities trading channels, you could invest in a fund that mirrors the price movement of oranges – and thus have the fate of your investment tied to oranges all the same.

To put it simply, if you bought 10 ounces of gold because you believed gold to be undervalued and set to increase in price, based on rising gold demand due to an economic upswing (leading to more luxury purchases) or for any other reason, that would constitute a commodities trade. Certain unpredictable risks come attached to commodities trading – weather patterns, geopolitical events, natural disasters, and more can disrupt and influence the prices of commodities. But hey, if there weren’t risks involved, it wouldn’t be an investment.

Why is it a Good Idea to Invest in Gold? 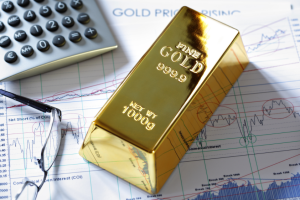 Gold has maintained its standing as one of the top-5 most-traded commodities in the world for some time. It is also one of the most consistently traded goods in world history. Once recognized as a universal currency, gold remains a popular investment for a number of reasons. For starters, the global appeal of gold means that it can be liquefied anywhere in the world – there isn’t a country on the planet that doesn’t value gold. More so, the nature of gold is such that there is a fixed amount of it in the world – no one is printing or growing more gold – it is a finite commodity, and therefore likely to be forever coveted. Gold doesn’t just come in useless brick form, either – there is a perpetual market for gold products (jewelry, for example) that has never dried up since gold was first discovered. This is in large part why gold has historically represented such a sound, stable investment.

Additionally, gold is perhaps the most turned to avenue that there is for people and investors looking to diversify their personal wealth and investments. Gold is the prototypical hedge against inflation, one of the most threatening wealth-endangering problems that someone can encounter. When inflation rears its ugly head, gold rises in value – in times of unrest, since gold is priced in dollars, deterioration of the dollar in turn strengthens gold. People recognize this and invest in gold in order to make sure that they have all of their bases covered, and are ready for anything the economy can throw at them. In this same vein, gold is also a good way to diversify your portfolio.

Why You Should Invest in Gold Now?

The first thing to understand when dealing with potential investments is that, as previously stated, there is no such thing as a ‘sure thing’. That’s why good investors diversify their portfolios – in order to ensure that their finances and wealth are protected against theoretical economic unrest and global instability. Given this, it’s easy to logically conclude that in times of greater unrest, it’s an even better idea to be diversified and protected. Therein lies all of the motivation an investor should need for investing in gold in 2016.

GoldMoney: A New Way to Buy and Invest Gold

We are currently in a state of economic uncertainty and unrest on a global scale – or at least living and trading in a climate that features an abundance of red flags. Bank stocks are down across the board, despite bank profits remaining steady for the most part, which points to investors expecting bank profits to shrink in the near future. Oil companies are struggling due to the plunge of the price of oil, which means that oil companies will continue to struggle to pay back bank loans, further hurting banks. The geopolitical climate is a tedious one at best at the moment – Britain’s exit from the EU, the overwhelming unrest in the Middle East, and the upcoming presidential election in the United States represent just a few of the lightning rod influencers that could send global markets reeling.

To put it frankly, the writing is on the wall. The large number of potential catalysts for financial markets to fall make a negative outcome feel more like an inevitability than a ‘what if’. Gold represents your best bet in terms of protecting yourself against struggling stock markets and devalued currency. Additionally, although gold was once viewed as largely useless from a practical perspective, this is no longer the case! Gold can now be used as a currency in and of itself once again, meaning your gold does not only need to exist in the air or inside of a bank vault. You can spend gold like you currently do money, with a credit card that connects to your volume of gold ownership, and possess a currency that is not prone to the risks of currency devaluing – all through a service called GoldMoney.

Given the uncertain times that the global economy faces ahead, as well as the now practical, currency-like avenues through which gold can be spent and traded, there has never been a better time to own gold. Responsible investors diversify their portfolios, particularly in turbulent times, and given the now spendable nature of gold, there’s really no reason not to take advantage of it as an investment. Invest in gold now, and you'll be glad that you did!

Be sure to check out our other features on how to invest in gold, investing in GoldMoney, and our GoldMoney review – right here at EduMuch!