If you're an American talking to a Brit or vice versa, you've probably had your fair share of arguments as to whose use of English is superior. There has probably been a time where one of you has teased the other over their “incorrect” spelling or grammar, or over their pronunciation.

The Fourth of July is American Independence Day where Americans all over celebrate independence from Britain. This independence wasn't just geographical…

You've all heard of Webster's Dictionary. Well, Noah Webster was a firm believer in allowing America to assert its cultural independence through language. As a new nation, Webster thought it was necessary for America to have its own take on English. He also advocated for the spelling reform.

Those who advocated the spelling reform believed that words should be spelled more like they sound. For instance spelling tongue as “tung”. Not all the suggestions were accepted but Webster's final dictionary is the reason why American spelling varies from British spelling today. Examples include favour versus favor and theater versus theatre. 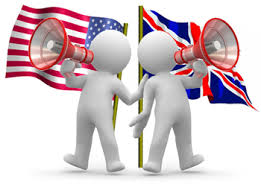 No need to yell. Just speak English. Wait, which one?!

Not all the differences we see between American and British English were created by Webster. There are other differences such as the use of periods and commas inside or outside quotation marks.

Yet the most noticeable difference is of course pronunciation. How did it come to be that these two nations would have such different accents?

British English used to be rhotic – meaning the letter r was pronounced in words such as hard. After the American Revolution, the upper class in Britain began to use non-rhotic speech. This speech was supposed to signify status and it later became Received Pronunciation. This way of speaking eventually spread through England. Many former colonists in the US also adopted Received Punctuation, mainly in port cities, but it eventually lost its status throughout the US hence Americans today using rhotic speech.

Who's got it right?

Considering that today's American accent is actually the original British accent, there isn't really a “right” pronunciation. Instead both nations underwent significant transformations both in their spelling and grammar as well as their pronunciations due to geographical changes and cultural changes. The simple fact is, language is evolving all the time. 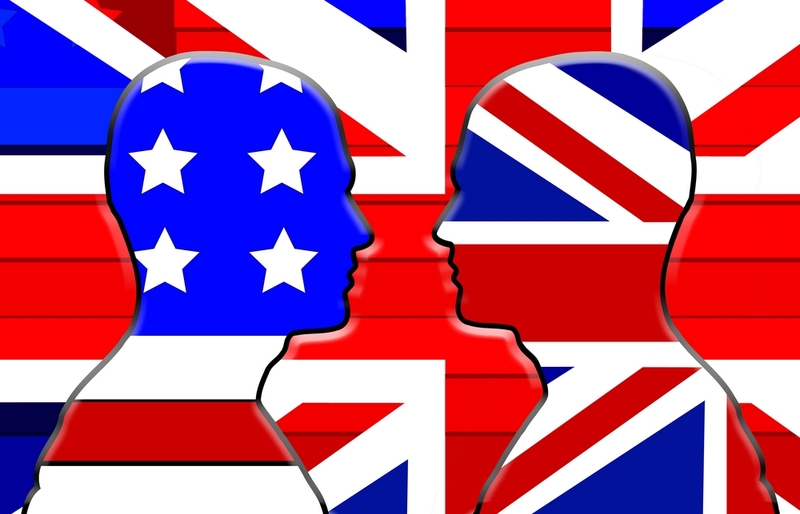 British English vs US English

When in Rome, do as the Romans do.

You can Check out our history of the English language here.