An adverb is a word which modifies a sentence or parts of a sentence like a verb, adjective, determiner, or noun phrase. Adverbs make an appearance to make clear variables such as time, manner, location, frequency. Adverbs also answer important questions such as how?, when?, where?, to what degree?, In what way? 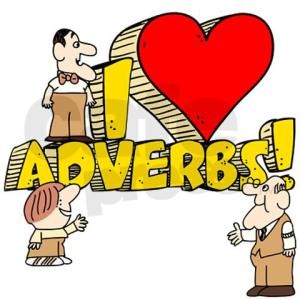 Adverbs may be a single word or a phrase within a sentence, depending on the structure and context. Examples of adverbs:

When adverbs are used as modifiers of degrees, they are usually modifying adjective or other adverbs:

Adverbs change many parts of speech, but one part which is not always affected by adverbs is the noun. Nouns are changed by adjectives, and so an adverb cannot change a noun so easily. It can, however, change a noun phrase, such as the best suits shown above. And yes, there are exceptions to every rule. Some nouns can be changed with adverbs.

Certain adverbs have the ability to change the meaning of entire sentences, while others do not. Some adverbs could have different meanings when paired with different words, while others remain the same regardless.

Because adverbs can serve so many functions, some modern researchers state that even though adverbs are traditionally taught in schools as parts of speech, the adverb has evolved into a “catch-all” category of its own. This category includes any and all words which do not fall into any other category of parts of speech, such as verbs, adjectives, and nouns. 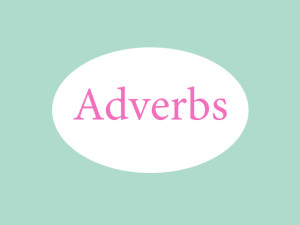 Adverbs have many rules, since they cover a lot of areas of speech. However, irregularities do exist. It is very important to learn proper use of adverbs, because using them too often can cause a sentence to become unintelligible and confusing.

In time, and with practice, you will be able to understand the nature of adverbs and their correct usage.