For hundreds of years, essential oils and hydrosols have played an important part in shaping the way we understand and use natural products as a source of medicine. In fact, some of the earliest uses of pure, natural oils derived directly from plants as a form of medicine dates back to as far 18000 BCE as the discovery of ancient cave paintings in Lascaux, France seem to indicate. However, more detailed documented cases of studying the effects of various plants on the human body arose around 4500 BC, when the ancient Egyptians incorporated plants and oils into various aspects of their culture.

As one of the earliest thriving societies in our history, the Egyptians made some incredible innovations in the field of medicine (amongst others) – some of which have been carried through to today in some form or another. For instance, the ointment known as ‘Kyphi’, which was a blend of 16 different ingredients (including honey, mint, juniper berries, cinnamon, frankincense and myrrh amongst others) was often used for religious ceremonies as well as a treatment for various health ailments and could even be used as a perfume/sedative.

From here, the use of plants and natural products as medicinal agents kept growing and evolving, with different cultures and nationalities discovering new and innovative ways to utilize these potent natural products for their immense healing properties.

However, it wasn’t until around 1000 AD that essential oils as we know them were discovered by a young Arabic prodigy known as Ali-Ibn Sana. He documented the healing properties of over 800 plants and created the steam-based distillation method that we currently use today to create essential oils.

It was in the discovery of this distillation method that hydrosols also came about – but I’ll discuss that a bit later. Most of the understandings we have of modern medicine can be credited to the formation of this distillation technique, and while it may be true that we’ve come a long way since then, a great deal of this ancient knowledge has become a part of modern life in some way or another.

It’s always interesting to decipher how much of it has remained – and how we may still use this knowledge to our benefit today. Alternative forms of healing and a more preventative approach to medicine is fueling a resurgence in many of these practices, so the more you know about these natural products, the more control you have over your own health and preventing disease.

Pros and Cons of Hydrosols 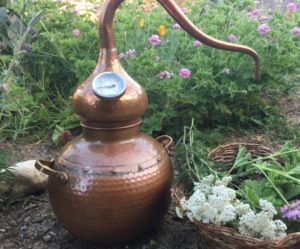 Before we can get into the nitty gritty of hydrosols and what’s good or bad about them, we have to figure out exactly what a hydrosol is. I’ll admit that the word ‘hydrosol’ sounds quite complicated and ‘sciencey’, but once you understand how they’re made, it’ll be a lot less daunting in future.

The steam produced by this boiling extracts the necessary phytochemicals and nutrients from the organic matter and carries it into a separate cooling chamber where it condenses and ultimately forms essential oil. However, the water that remains behind (with the organic matter) still contains a wide variety of nutrients, minerals and compounds that are tremendously effective for healing internal and topical ailments. This watered down version of the essential oil is known as a hydrosol and is often recommended for those who have sensitive skin types, allergies or simply need something a little less potent than essential oils.

That does not mean that hydrosols are ineffective though. Instead, it is better to see them as being more mild and suitable for everyday use as well as being more cost effective in general.  Because they are more mild, you can use them more often and in areas that essential oils would often cause irritation in – such as your mouth or for digestion related issues.

One of the main cons regarding hydrosols though, is the fact that many of the manufacturing procedures used to create them have not been standardized yet. This means that some brands of hydrosol may not be filtered correctly which could result in chemical contaminants entering your body.

In order to avoid this, I would recommend that you do your research before investing in a brand of hydrosol and to ensure that they use the correct method of distillation to create their product. If it isn’t steam distilled – I’d generally avoid it as a rule of thumb.

Pros and Cons of Essential Oils 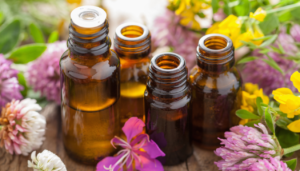 Essential oils are some of the most potent natural remedies available to us and their use in modern healing practices has gained traction in recent years as more and more people have started looking for alternative forms of medicine.

The reason for this is largely because a great deal of the conventional pharmaceutical products available today often come with a long list of side-effects that can have a serious impact on the quality of your overall health. Another reason is because more people are starting to realize that preventing disease is a better approach to staying healthy, rather than simply taking a potentially harmful substance to treat the symptoms of the disease.

One could say that understanding the root of the illness is as important as treating the symptoms – if not more so, as by identifying the cause, you can treat the ailment naturally and in such a way that prevents it from recurring. This is the key to holistic healing and essential oils are a powerful tool that can be used in this process, but will not always work entirely on their own.

While it is true that essential oils have a great deal of healing properties and can be used to treat wounds from becoming infected, dry and irritable skin or skin disorders (such as eczema and psoriasis), fevers, general pain and inflammation amongst others, true holistic healing means taking a step back and reviewing all the aspects of your life that may be causing you stress or discomfort and trying to minimize your exposure to them.

In doing research into essential oils, you’ll realize that there’s basically an essential oil for nearly every ailment, disorder or emotional problem that you can think of. They’re easy to blend and can be incorporated into a variety of aspects of your life (shampoos, soaps, vaporizers, lotions, health tonics etc.). However, as with most things in life – you only get what you pay for, and essential oils are no exception. For a good quality product, you can expect to a bit more. The only other disadvantage of essential oils is that they generally come in small amounts – but that’s a good thing because they’re incredibly potent. But you know what they say, dynamite comes in small packages!

Even though they’re expensive, they can generally wind up costing less than visits to the doctor and expensive medications anyway – so it’s a small sacrifice when you consider the benefits in the long run really.

Hydrosols vs. Essential Oils: Which Should You Choose? 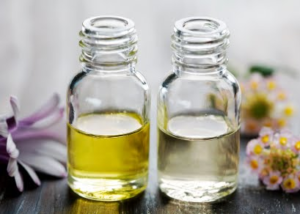 Unfortunately I cannot simply tell you that a hydrosol is better than an essential oil, as they both have different properties that make them suitable for a variety of different uses – each providing their own unique list of different pros and cons. Furthermore, these differ from plant type to plant type and one essential oil or hydrosol may be better suited to a specific ailment than another.

So it’s best to take this on a case by case basis – but because writing an entire case study on the effects of each essential oil or hydrosol for all the different health ailments that they can be used to treat would take too much time, I’m going to try and give you a condensed version in order to give you an idea of whether you should be looking for an essential oil or an hydrosol.

Because of the fact that essential oils are a lot more potent than hydrosols, I would generally recommend using them for pain relieve, keeping larger wounds or burns free of infection and diffusing them to help enliven your spirits and help you to unwind if you’re having a bad day – basically aromatherapy.

Some of them could lead to sensitized skin or photosensitivity that could lead to extensive sun damage over time. One should always consult a doctor or qualified medical practitioner before using essential oils to treat any ailment.

So if you’re looking for a simpler and safer remedy that won’t cost you an arm or a leg, and is still effective – turn to hydrosols. These are basically ‘watered down’ versions of essential oils which means that they pose a great deal less risk to your health with regular or extended use. Hydrosols are safe to use on children, pets and can be utilized both topically and internally to help relieve infections, kill off germs and boost vitality,

Because they aren’t as potent as essential oils, they’re great to use on sensitive parts of the body (such as the face) and can also be used as part of a recipe for DIY fragrances or shampoos – although essential oils work quite well here too.

Generally, I would say that if you need something with more kick for a specific ailment, recipe or issue, essential oils are probably the better option. But for more mild, everyday application and for use on sensitive parts of the body, hydrosols are the better choice and the safer option.

What are Absolute Oils? 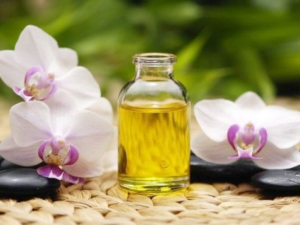 Absolute oils are often confused with essential oils and hydrosols, and many have tried to pass absolute oils off as something that they are not. Because of this, I always recommend doing your research before buying either an essential oil or a hydrosol to ensure that you’re getting a good quality product that’s free of chemical contaminants.

During the process of creating absolute oils, 2 separate products are produced, namely a thick wax (which can be used for candle making) and then ethanol is used to separate the aromatic elements from the wax in order to create the final product: absolute oil. Obviously when you’re washing organic matter in a series of industrial grade chemical baths, there’s a good chance that a few of those chemicals will remain in the finished product.

In fact, a good absolute oil will contain anywhere from 5-10% of the chemicals used in the distillation process – and this can range up to 40%! So if you’re trying to avoid chemicals in general or have sensitive skin and/or a serious ailment, it would definitely be safer to avoid these in general. I would however, say that they are safe for aromatic use and can be applied topically once they been diluted correctly.

I hope this article has managed to shed some light on the matter of essential oils and hydrosols. Ultimately, I would still recommend either over most forms of conventional medication (unless it’s an emergency or you are specifically dependent on them) as they’re cheaper and healthier.

When it comes to deciding whether to use either a hydrosol or an essential oil, it’s always a good idea to do some research before spending your money on a product that may not be suitable for your ailment or issue in specific. But because they’re natural products, they’re both quite safe to use in small doses and therefore allow you to experiment without the risk of serious health issues.

Learn more about English Grammar and Abbreviations here at EduMuch!