If you’ve ever had a pet suffer from a flea or tick infection, you’ll know how much of a hassle it can be for both you and your pet. The problem with the parasitic infections is that they can happen at any time and once your pet becomes infected – you and your family are at risk of being infected as well. So taking precautions is an important step towards preventing any serious infections from occurring. However there isn’t really that much we can do to prevent our pets from picking up parasites in the open world.

With cats it’s a bit easier, because they generally tend to stay indoors or in and around your home. So keeping your household and yard free of fleas and ticks etc. is a bit more realistic than trying to keep a public space free of parasites. For instance, walking your dog means that you automatically expose them to whatever’s lingering in the park or on their route.

This means that focusing on a good treatment is probably the most realistic option you have with regards to treating infections. You’ll want a treatment that is fast and effective, yet safe to use on your pet as well as in your home without the risk of making you or your family sick. I for one generally prefer to use natural products to treat most ailments or infections before turning to a conventional treatment. That doesn’t mean I’m totally opposed to conventional treatments in general – it just means that I like to know what I’m using before I use it.

My vet recently prescribed Revolution when my dog became infected with fleas. I had tried everything from bathing him to lathering natural shampoos and essential oils into his coat regularly. It would work for a few days or so, but then the fleas would just come back.

I was a bit nervous about using Revolution at first (the name already sounded strange), but I was assured that this stuff works. And it did! Within two days I noticed that my dog had stopped scratching and after a week, the fleas had not returned. So I’ve decided to write this article to help people like me who are often cautious of using conventional treatments and shed some light on how effective Revolution is as a treatment and how to use is correctly.

What Causes Fleas on Cats and Dog’s? 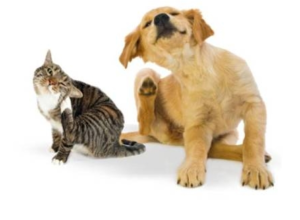 Pets can contract a flea infection when they spend time outside

Fleas are some of the most successful parasites in existence today and can survive, and even thrive, under a wide range of circumstances. Generally speaking, they tend to dwell in shady, humid areas and can even become dormant until a suitable host is found.

Pets can contract a flea infection when they spend time outside, come into contact with other animals who may be infected or spend time in kennels that may be unsanitary. Although most kennels will screen a pet for fleas or other parasites before taking them in. This means that it’s very difficult for you as a pet owner to prevent your pet from contracting an infection, especially if you have a dog, because they tend to spend time outdoors quite often – they are animals after all.

In fact, you can even bring fleas into your home by yourself, as they love thick clothing or if your friends bring their pet’s over etc. Once they’re in your home – the real problem starts. They can breed very well in the regulated conditions and temperatures of a home. They can infect everything from your carpets to your bedding and furniture. They also lay lots and lots of eggs – once these hatch your problem increases ten fold.

Identifying that you have a flea infestation is one part of the problem while actually getting rid of them is another challenge unto itself. I won’t be focusing on tackling the overall infestation at this point, but rather show you how to get rid of fleas that are directly affecting your pets.

In many cases the only way to get rid of a household flea infestation is by thoroughly cleaning your home from top to bottom and vacating it while you spray every nook and cranny with insecticide. It’s one of the few cases where having a good treatment could be a lot better than prevention, because prevention is so hard to avoid in some cases. 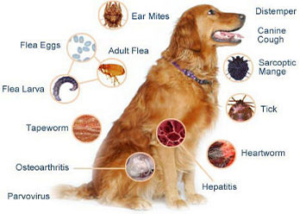 The formula contains Selamectin as a key active ingredient

Revolution is a specially formulated insecticide, flea and general parasite treatment that has been carefully designed for use on both cats and dogs. The formula contains Selamectin as a key active ingredient and can be used to treat everything from ticks, sarcoptic mites, ear mites and heartworms to roundworms and hookworms in  both cats and dogs.

Once the Selamectin has entered the bloodstream, it works to kill off the parasites by paralyzing their central nervous system and causing them to die off. The chemical then works its way back onto the surface of the skin and does the same to external parasites such as fleas, ticks and mites. This is probably why it’s called ‘Revolution’ – it gives complete 360 degree protection.

To my knowledge, it is one of the most effective means of ridding your pet of parasitic infections and is both affordable and fast-acting. However, that being said, there are some debates online regarding the effects that this treatment may have on your pet when used incorrectly or in the wrong dosage.

It’s important that you follow the advice of your vet when using any medication on your pet. It’s important to stick to the recommended dosage and to make sure that any other medications your pet may be on won’t conflict with Revolution. That could have negative effects on your pet’s health.

Generally though, the medication is considered safe to use for pets over the age of 6 weeks – but you should also avoid using Revolution on dogs that are elderly or underweight as a general precaution. 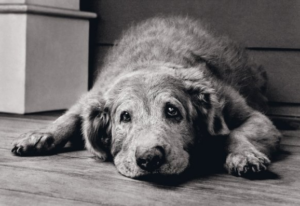 While it is true that this treatment is highly effective, as with any pharmaceutical medication, it’s important to follow the guidelines correctly and to consult your veterinarian before using Revolution. It has been considered one of the safest parasite treatments available on the market and in general , only 5% of dog’s have a negative reaction to the treatment. It’s important to ensure that you cross-check your pet’s prior use of medication i.e. any medicines that they might be on before using Revolution, as mixing medication could have negative results during the treatment.

You should avoid using Revolution on dog’s that are very old, pregnant or underweight as their bodies could be too weak or sensitive for the harsh chemical ingredients contained in the medication.

After having given your pet the treatment, it’s important to monitor their body for any possible side-effects, as these could be clear indications of a negative reaction to the medication. There are a handful of common side-effects that have been associated with the drug that you should keep an eye out for such as:

It’s also important for me to reiterate that this medication is only suitable for topical application, and should never be given to your pet orally as this will almost instantly make them ill.

Where to Buy Revolution for the Best Price? 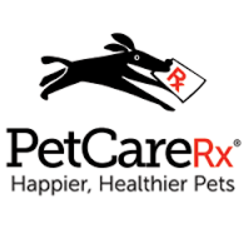 I would recommend are www.PetCareRX.com

Trying to find the best price for any product can be a real challenge and the petcare industry is no exception. In general, I would consult the internet for price hunting – it’s definitely a powerful tool in this regard.

However, it’s also important to note that even products which generally have a ‘fixed price’ or at least a consistent price in the marketplace may differ from store to store as they may have various bulk deals with the manufacturer etc.

Two sites that I would recommend are www.PetCareRX.com and www.discountpetmedication.biz . They seem to offer the best prices for pet-related products and medication and frequently have promotions or sales on their more popular items. Be sure to check up regularly and buy in bulk when you can, as medication tends to last quite a long time.

You can also discuss the issue with your vet, but they’re more likely to increase the price slightly in order to make a profit – they do run a business at the end of the day. Sometimes even contacting the supplier directly can help you – but they usually require you to buy in large amounts before they’re willing to give you any discount. So if you’re looking for a good price – get Googling!

Preventing a flea, tick or mite infection is next to impossible as there are too many variables that play a role in determining whether your pet will become infected. Even if they stay indoors most of the time, there’s always the odd chance that you bring a parasite into the home by accident.

So instead of focusing on how to keep your pet from becoming infected in the first place, I recommend that you find the best possible way to treat them once they arise – and Revolution is the solution you’ve been looking for. It’s affordable and cost-effective and will kill off any parasites that are infecting your pet, allowing them to recover safely and quickly.

It’s easily one of the best tools in your arsenal for treating infections and any pet owner would be better off with this than without it – simple as that.

Find more articles such as Baytril For Dogs and Fish Oil for Dogs from Edumuch!