When it comes to what drives people, it could be said religion and romance are the largest motivating factors in people’s lives. Wars have been waged because of both of these things.  Case and point, Helen of Troy. I think we can all agree that the religion that incites a huge amount of emotion and passion is none other than musical theater, and it’s savior is Andrew Lloyd Webber. 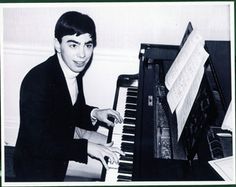 Sir Andrew Lloyd Webber a musical genius of our time, was born on this day March 22nd 1948.  He grew up in a musical family, so it shouldn’t have come as a surprise when he left Westminster where he was studying history to attend the Royal College of music (check out an article on “The Importance of Music Education”).  Famous for masterful productions such as Jesus Christ Super Star, Evita, Cats and The Phantom Of the Opera, Lloyd Webber is arguably one of the best composers of our time. In 2001, The New York Times referred to him as “the most commercially successful composer in history.” So what’s his secret to becoming the savior of the religion of musical theater?

When you think about it, there are few creative endeavors where the stakes are higher than in musical theater. A fine artist can just chuck the canvas away if his idea fails. A musician can crumple up his papers if he is writing a dud, but a musical is so incredibly intricate and requires aspects of almost every art form to put it together that make the stakes extremely high. 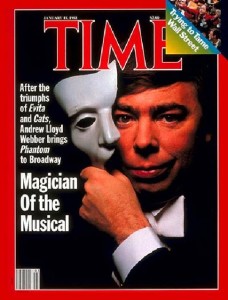 The Love For Music

So what kind of personality type could find success in such a risky art form? The answer may be in this anecdote that his brother Julian notes about Andrew as a child. He states that Lloyd Webber was an extremely difficult baby who always cried for attention. Apparently the only thing that would calm him was when his mother would put on music.  Oh music! There we see his connection and passion with music right?  That love of music began from an early age. That must be why he became so successful, just an utter love for music. Perhaps, but as it turns out, it is actually the first part of the anecdote that Julian believes is one of the secrets to Andrew’s success. Some traits that may be seen as negative, such as perfectionism, obsessiveness, and anxiety, are actually the fuel that helps to orchestrate such an intricate art form. It isn’t just his brother that describer Lloyd Webber this way, many of his friends and coworkers attribute his success to the fact he is an obsessive perfectionist.

We are always told that following our dreams requires hard work and a little luck. It would seem a little luck is code for “slightly unhinged personality.” Creative geniuses are often a bit mad and Lloyd Webber doesn’t seem to be the exception to that rule. But simply being a bit nutty isn’t going to make you successful. There must be something else, something that combined with the crazy results in creative genius. 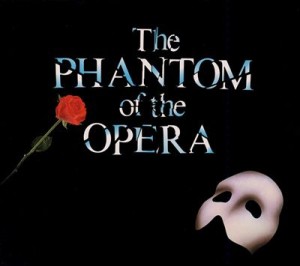 The answer may be in one of the most unlikely of places. Sometimes in order to understand how people accomplish the big things, it helps to take a look at how they approach another completely unrelated aspect of their life. In Andrew’s case, Victorian picture collecting is another passion of his he has amassed such a collection, that he is making a name for himself in that world as well. He states in his own words “I’ve got to know where the emotional center of each picture is first, otherwise a picture doesn’t work for me.” Precision Lloyd Webber has an enormous amount of decisive precision…or is it precise decisiveness? He is extremely precise about what he wants and why he wants it.  That actually makes perfect sense, and explains why more people aren’t ridiculously successful. How many times do we struggle just to pick out a shampoo bottle at the drugstore? How different would our lives be if we actually knew what we wanted and why we want it? We can get a little snapshot by observing the musical genius that is Andrew Lloyd Webber. This is a man who possesses an incredible amount of drive, as well decisiveness which drives his obsessive perfectionism, in order to create performance art. masterpieces.  His erratic personality traits could have made him a failure, but he learned how to channel them and made them work for him. On this day that is his 68th birthday, we salute a man who could teach us all a thing or two about making our neuroticisms work for us instead of against us. 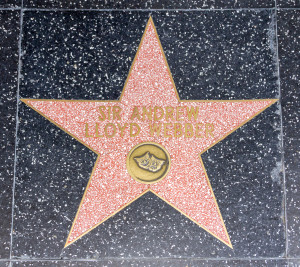 Check out our other articles at edumuch.com

Tagged as: Andrew Lloyd Webber, On This Day