In 2014, Razer released the newest version of its Cortex: Boost gameplay enhancer. It is a free downloadable software for Windows, available right from Razer’s website. It is essentially a tool which helps gamers optimize their PC’s settings, and achieve a smoother and faster gaming experience through task managing. This is a program which can be used on any PC. Razer have been providing the gaming community with top-notch products, ever since their first gaming mouse, a ball-operated device named Boomslang hit the markets in 1999. Systems, peripherals, accessories – they’ve got it all, as we will detail here in our Razer Cortex: Boost Gameplay Enhancer Review.

We all know the frustration of that split-second lag which costs you a round or an awesome headshot. We all know that graphics really do matter, and we all get annoyed as all hell when the screen starts hiccupping and/or tearing mid-play. “Rage quitting” is a common effect of these kinds of problems. Games are meant to be enjoyed by those who are playing them, and not to aggravate. Well, no, I totally take that back. There are a good few games out there which are definitely meant to aggravate, which use that very fact as a selling point, and which do one hell of a job at it! But, even when it comes to those games, we can all agree that they become a lot more playable and enjoyable without the inconvenience of broken-up gameplay. For this reason, Cortex: Boost was designed and introduced to the gaming community a few years back. Razer’s Cortex is not the first game booster to be released, but it is certainly one of the more worthy ones. Let’s take a closer look at it.

How Does Razer Cortex: Boost Work?

Your PC is often running many applications and processes simultaneously, as it should. A computer is a machine. A powerful machine, but a machine nonetheless. On the one hand, that means that it has its limits. On the other hand, it means that it can be manipulated and optimized to enhance performance. When many processes are running all at once, it may cause the computer’s central processing unit (CPU)’s power to weaken your gaming session. When Boost is engaged, processes which are not necessary for gameplay are either put on hold or shut down altogether. Once there are less processes to compute, it frees up a nice amount of memory and CPU power, and gets a computer’s performance rate up. This results in much smoother gameplay, and in an improved rate of frames per second (FPS). It is all about making the most of the tools which are at your disposal.

Cortex Boost does not affect any of the presets or pre-existing hardware settings of your PC. It simply shifts the CPU’s attention, so to speak, away from certain processes, and it funnels more power and memory towards the ongoing gaming application. If you are running something which requires an extra, well, boost – then this could be exactly what you need. This is especially true to those with older computers/laptops, and it is on these systems that the improved performance will be a lot more noticeable. The Booster’s settings can be altered manually or set automatically, via the custom or recommended settings option. The software kicks in when a game starts up, suspends what needs to be suspended, and then restores those original tasks and background applications when the game is done. Users can choose where to launch their game from: Steam, Origin, or right there from the desktop, and launch time will be shorter. Even if your PC is not truly meant for gaming, using Razer Cortex: Booster will give you an edge, and there are times when it will allows you to play games which would otherwise be unplayable due to CPU clutter and memory hogging applications.

When Razer say that they are “For Gamers, By Gamers”, it is also about things like this. Not just cool systems and peripherals, but free downloadable software to help gamers achieve the best experience possible, within their means. Cortex: Booster will even defragment your game folder, making your games’ data that much closer and more easily accessible. This makes for quicker launching/loading time, and faster in-game loading of maps, levels, menus, and settings. Razer are working hard to make things easier for the rest of us. Want to know if you are actually enhancing your PC’s performance by using this booster? An FPS counter comes with the Cortex: Booster, and it provides the gamer with real time stats and immediate feedback as to the optimization of the CPU. A very valuable tool, since it can give you an indication of whether or not you need to tweak the setting which you are using.

The bottom line is that yes, it does work. But, as always, your mileage may vary. While your experience will certainly depend on your PC’s hardware, and on the amount of processes you are running at a time, I can say without a doubt that the Cortex Booster works. The user interface guides you step by step, and lets you be in control of what is happening. As it turns out, many background tasks and various “business” applications are constantly eating away at a CPU’s power. Depending on the programs you are running at the time, your computer’s FPS rate may go up or down. The Cortex: Booster is a piece of software available for PC, but not for Mac. Currently, Razer has no plans of releasing a Cortex game booster for Mac. Many gamers out there are hoping that will change, but Razer haven’t said or released anything. It makes sense, since it is Windows which controls a bigger chunk of the gaming market.

Issues With The Razer Cortex: Boost 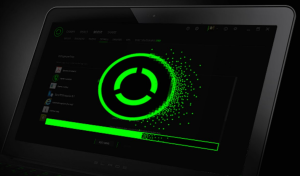 Some people who have used the Razer Cortex Booster reported the contrary to its advertising. They say it actually worked as a lag booster, not a game booster. There could be a couple of reasons for that. First – users aren’t choosing the right settings, or any settings whatsoever. It helps to tweak the software by personalizing it, so remember to double check your settings, and make sure that they are optimized and that the processes you wish to suspend are all checked. The Cortex Booster’s user interface is relatively easy to use, so there should be no problem for the average gamer. Processes and applications may be dormant at times, but then spike all of a sudden because of some CPU need or pre-existing setting, causing you to lose precious gaming time and experience a very noticeable lag. Not fun.

Second – people acquire the weirdest malware, adware, and viruses when interacting online. If left unchecked, these programs can infiltrate and wreak havoc on your processor’s memory and power. Before you complain about the Cortex Booster’s inabilities, check your PC. Get yourself some anti-virus software, and use a program like CCleaner to ensure that your computer is running at its optimum level. Third – some people expect the Razer Cortex Booster to enhance a PC which does not need any enhancing. If you have a computer which is relatively new, or which is not encumbered by background processes, then there will be nothing for the Cortex to work with, and thus nothing to manage, suspend, kill, or enhance. You can’t clean a PC that is already clean, and you cannot suspend your extra/background processes if you haven’t any of those running in the first place!

Razer Cortex: Booster is one of the top game booster programs, and rightly so. Razer have been giving the gaming world a run for their money for over  a decade, and they know their stuff. It works, and considering that it is free, I can say it is worth the money! It will optimize your PC, and help it perform better than it would ordinarily. However, please note – this software will not turn your computer into a better computer. Your hardware is what it is, and nothing (barring a hardware upgrade) is going to change that. If you use the Booster with that mindset, you won’t be too surprised when your FPS fluctuates here and there during gameplay. This software is not a miracle worker, it simply strives to make the most of your CPU’s power, and save you the trouble and time of applying this kind of altering manually, through the task manager. So yes, it works. But it really does depend on the settings with which you are playing, and on your computer’s initial state of operation. Anyone who says that this kind of software boosted their FPS rate to some insane amount is probably not telling it like it is. The Cortex game booster will increase the performance of your PC, if it has something to work with. Older systems will probably benefit from use of this kind of software a lot more than any of the newer systems which are coming out. For those who are running computers which are slightly older, and who still want to run games at a higher FPS rate and improved performance, the Razer Cortex: Booster is highly recommended.

Want to learn more about Razer? Check out our Razer Overview here at EduMuch!