One of the most confusing challenges in the English language is dealing with words which are homonyms (also known as homophones), meaning words that sound alike. A fine homonym example is two/to/too. Those three words sound exactly alike but differ in their meaning and usage. 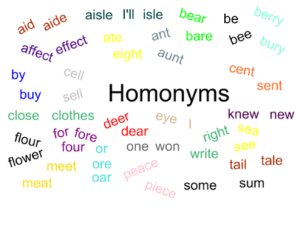 The Oxford English dictionary no doubt contains a homonyms list (otherwise known as a homophones list).   Here are some examples of homonyms:

The two kids went to the market, and spent too much money.” These forms of the word are not at all interchangeable, and changing their place within a sentence would cause that sentence to be inaccurate and/or unintelligible.

People may also get confused with using there and their, another common set of homophones.

A very common mistake occurs when using the words affect and effect. These two words sound alike, but are different. They can’t be used interchangeably, and learning the differences can help understand when and how to use them properly.

Affect is a verb. It means to influence or cause change in some way. Verbs indicate a physical action or state of being.
Effect is a noun, but it may also be used as a verb. It refers to a change as well, which is why it is so confusing.

The two definitions are somewhat close in nature, but understanding the differences is crucial. For example:

“The man was affected by the sad news, and the effect was immediately noticeable.”

In other words: the man was changed by the sad news, and that change was immediate and clear.

Affect is used to describe a change occurring. For example:

The weather will undoubtedly affect the outcome of the football match.

The high crime rate in this area will greatly affect the local economy. 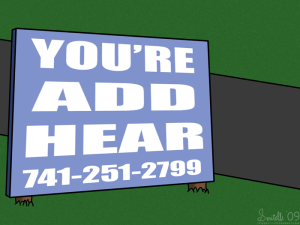 Effect is used to describe the change which occurred. For example:

I am waiting for the substances to take effect.

One side effect is higher metabolism and lower brain cell count.