If you speak with any doctor about his or her decision to choose this path, you will hear a myriad of different reasons and stories. There are those who’ve dreamed of saving lives ever since they were small children playing pretend. There are those with parents who are doctors or nurses or scientists, who’ve grown up exposed to these related fields and find it only natural to go on and study medicine themselves. There are even those who, after one too many episodes of House MD, found themselves intrigued by the problem-solving and critical thinking that this challenging lifestyle entails. 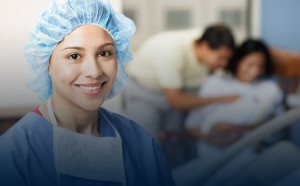 Whatever the reason, whatever the inspiration, the same obstacles stand in each of our way on our quest for the white coat. On the road from starry-eyed undergraduate student to full-fledged doctor, there are countless tests, assignments, and all-nighters which simply come with the territory. One of the most notable of these would be the MCATs, that infamous exam which is used by most American medical schools plus many Canadian schools as a key factor in determining admissions. 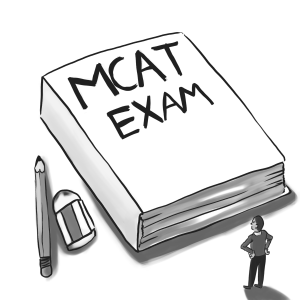 The MCAT (Medical College Admission Test) is a standardized, multiple choice exam whose purpose is to assess the critical thinking, problem solving, and scientific knowledge of aspiring medical students. The current version of this exam was launched in 2015, and includes the following four sections: Biological and Biochemical Foundations of Living Systems; Chemical and Physical Foundations of Biological Systems; Psychological, Social, and Biological Foundations of Behavior; and Critical Analysis and Reasoning Skills.

The exam is administered by the Association of American Medical Colleges (AAMC), and is about four and a half hours long, including breaks. Some of the main biological topics tested include genetics, molecular biology, microbiology, circulatory and immune systems, respiratory system, muscular system, reproductive system, and evolution, while some of the main organic chemistry sections are molecular structure, hydrocarbons, covalent bonds, and isomers. 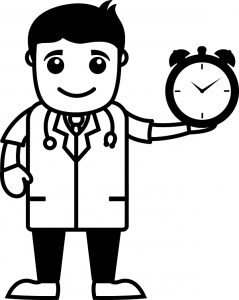 Scheduling time to study can be a challenge

The Kaplan MCAT Complete 7-Book Subject Review from Kaplan Test Prep was an utter lifesaver when it came time to preparing for my exam. I’m the type of student who takes every test seriously (as do most pre-med students, I imagine), but I’ve never had such debilitating test anxiety as I had with MCAT studying. Once I read that more people get into medical school with a Kaplan MCAT course than with all other major courses combined, I knew that Kaplan was the route to go. However, in-person study courses are expensive, not to mention rather inconvenient for my crazy-busy schedule, so I figured that a Kaplan review book granted me the best of all options: the renowned know-how of Kaplan, the relatively cheap cost of a book rather than a private tutor, and the convenience of studying at my own pace and speed. 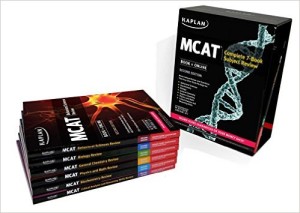 What I admired about the Kaplan MCAT Complete Review book was how thorough and concrete the provided information was. It reviewed each subject in the perfect amount of detail, and ran through the most frequently tested concepts which appear on the exam itself.

The editors of this book are experts in their fields, and hold either medical or advanced science degrees, so they really know what they are talking about and explain it in ways that make sense. Furthermore, the different versions of this book have reflected the upgrades of the test, so you are studying precisely what you need to know.

The online component of this package includes three practice tests, which replicate the computerized format of the actual exam. This helped me alleviate so much of my usual test-day anxiety by allowing me to feel I had really prepared well, by taking the practice exams under the same conditions as the actual test (no cell phones, timed sections, etc).

A Short History of the MCATs 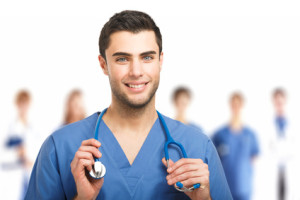 Prior to the 2015 update, the MCAT exam had last been revised in 1991. The current test is designed to test examinees not just on what they know, but also on how well they can use and apply this knowledge. The medical world of today includes far more research and infromation than it had 25 years ago, as well as a number of changes in the service delivery of medicine, and this long-due update is meant to reflect those changes.

The precursor to today’s MCATs was developed back in the 1920s, when dropouts from American medical schools soared from about 5% to roughly half of all students. This prompted medical schools to require a test that would measure the readiness of potential students. Physician F.A. Moss, together with his colleagues, developed the “Scholastic Aptitude Test for Medical Students” which tested memorization ability as well as scientific vocabulary. The use of this test, coupled with stricter medical school admission procedures, contributed to the national dropout rate amongst freshmen medical students decreasing to only 7% by 1946. By 1948, the test name was finally changed to “Medical College Admission Test”, as it remains known till this day.

Throughout the 1980s, the test went through “phase four”, in which the general information section was removed and replaced with a broader range of knowledge.

The test as we know and love it (or hate it!) came into being in 1992. It exists in four subtests: verbal reasoning, biological sciences, physical sciences, and writing sample sections. The questions exist largely as part of passage sets. In January 2007, the computerized version of the test was introduced.

The United States, like many other countries around the world, requires a number of standardized tests for admission to various universities and colleges. The SAT and ACT are used for undergraduate admissions, while the GRE and GMAT are for graduate level programs.

When it comes time to apply to medical schools, it’s commonly accepted that applying to around 15 medical schools is a good idea, though there is no minimum or maximum requirement and this number varies greatly according to person. Note that many schools won’t accept MCAT scores that are 3 or more years old.

I was expecting that I would straight-up pass out on the day of the exam itself, but I felt strangely serene as I entered the testing center. I won’t lie and describe the experience as a pleasant one, but it could have been a lot worse. Feeling prepared can really make or break the entire examination, since a stressed test-taker is one who is more prone to second and third guess each answer. Being in control of the situation, thanks to my careful studying methods, is what granted me acceptance into a number of the graduate programs I had applied to.