In his song Rat Race, Bob Marley made the musical statement “in the abundance of water, the fool is thirsty”.

The U.S. is one of the most technologically-advanced nations in the world, but in a recent math-and-science-education ranking, published by the Organization for Economic Co-operation and Development (OECD), the U.S. placed 28th out of 76 OECD countries. Singapore came in at number one. In fact, the top 5 spots were taken by Asian countries, thus reaffirming the stereotype we all know too well: Asian digs math and science. 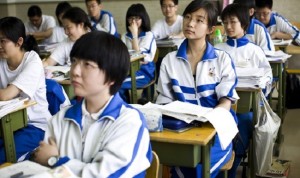 OECD’s education director, Andreas Schleicher, stated that it is the first time the OECD has a truly global scale of quality. According to Schleicher, the ranking will give more countries ways of comparing themselves against others. It is a way for countries to judge themselves, and see what is to be gained in the long-term process, educationally and economically.

Unlike previous and similar rankings, this one included countries of very different economic status. Finland, coming in at number 6, is the first non-Asian country to be included in the ranking. Ghana came in last.

So, what is it? Why did America come in at number 28 of OECD countries? I don’t think for one second that I hold all of the answers, but I just figure I’d throw it out there. Doesn’t it seem a little strange that the United States – a place reputably abundant in, well, everything – would come in 28th? What does it say about the quality of our education system? Does it speak poorly of our educators, or does it aim to shed a concerned red light on those being educated?

I am not saying that the U.S. should always be No. 1 in everything it does. Try though it might – it will not be ahead of everything. As Jedi Master Qui Gon Jinn wisely observed in The Phantom Menace, “there is always a bigger fish.” And, that is a good thing. It keeps the nations in healthy competition with one another, promotes academic co-operation, and helps to maintain balance in the Force — I mean, the world. 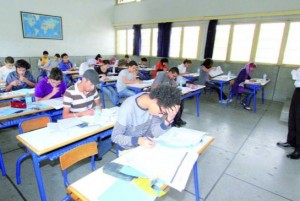 Maintaining Balance in the Classroom is Crucial

Obviously, education will vary from one location to another. It is dependent on many factors and variables, and that is the natural state of things. However, I believe that 28th place is not befitting a nation that landed a man on the moon half a century ago. I hope that the suits ‘n’ ties in charge draw their conclusions, show some humility, and maybe pick up a tip or two from those who were ranked before us. If anything, this recent ranking has shown us all that even poorer countries, such as Vietnam, could teach us a thing or two about academia.