Mozilla’s Developer’s Guide classifies Cascading Style Sheets (CSS) as: “A stylesheet language used to describe the presentation of a document written in HTML or other markup languages.” The 3rd level of CSS was first introduced in 1999, and over the years it has gone through many changes. Some modules which are collectively referred to as CSS4 can be found online, but they are few and far between. CSS allows a developer to apply styling to HTML elements – colors, fonts, layouts, and more. It is there to enhance the appearance of HTML-based websites.

Treehouse’s CSS category has 15 courses, 13 workshops, 2 conferences, and 1 bonus series. These can be listed in chronological or alphabetical order, or by level of difficulty.

Course examples: CSS Selectors, Compass Basics, CSS Layout Techniques, and Responsive Layouts. Treehouse’s CSS section also has a Treehouse Club: CSS course, which is meant for complete novices. It is a 56-minute overview of CSS, and it provides a wonderful starting point for first timers.

This is a beginner course, instructed by Guil Hernandez. It consolidates the previously released CSS Foundations and CSS3 courses into a brand new and updated series. Students will learn the basics of CSS, as well as how to apply CSS to a webpage. 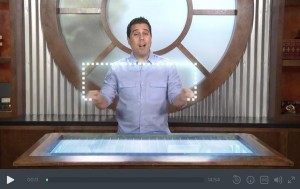 This course will cover the following topics:

This course has nine modules, and runs approximately 12 hours. It is a long course, which aims to provide the beginning programmer with everything they may need to get going with CSS. Each module contains lecture steps, coding challenges, and short assessment quizzes.

About the Instructor: Guil Hernandez

Hernandez is a front-end design & development teacher at Treehouse. He has years of experience working with graphic design, HTML, CSS, JavaScript, and JQuery. He is also a trained musician, who played the trumpet for over 10 years before transitioning to code-editing.

This course is instructed by Hampton Catlin. It is a hands-on course, where students get to code alongside Catlin, who is the creator of Sass.

Sass is a language that goes beyond classic CSS, by incorporating features like nested rules, variables, mixins, math operations, and more, all within a CSS-compatible syntax. Many popular websites, apps, and frameworks are built using Sass.

This is an intermediate course, and there is a prerequisite. Treehouse recommends first completing the CSS Basics course, before beginning the Sass Basics course. Simply put – because one language is built on the other, students who haven’t studied the fundamentals of CSS may be lost when approaching a language that is CSS-based.

About the Instructor: Hampton Catlin

Catlin is a Treehouse guest teacher, specializing in Ruby and CSS. He is a programmer who is passionate about product design and facilitating global human interaction. Catlin is the creator of Sass, Haml, m.wikipedia.org, and Moovweb. He's also the founder of the libsass project, and the co-author of “The Pragmatic Guide to Sass.” Catlin is a worldwide speaker on products, software, and leadership. 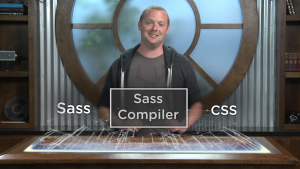 CSS can save you a lot of time and energy. Controlling the layout of multiple websites simultaneously is a wonderful shortcut, and it addresses a key HTML issue. HTML was originally intended to code the contents of a webpage, not the style of content. When HTML styling tags – font, color, etc. – made their appearance, they caused problems for web developers. HTML web design became a lengthier process, as well as a more expensive one. CSS solved this issue, by providing a separate .CSS filing system. As of html 4.0, the formatting is removed from the main HTML page, and stored in separate .CSS files.

Interested in learning how to apply CSS to your designs? Climb the Treehouse, and join the classes already in progress!

If you're looking for more Treehouse classes, another interesting topic to learn about is Business Development and related courses..