Then and than are used very regularly by anyone who speaks English, and they are among the most frequently used words in the English language. However, there are many who incorrectly use these words, causing confusion and misunderstanding. Sentence structure is important, as is correct word usage, so I will attempt to clear the air surrounding these two same-sounding words. 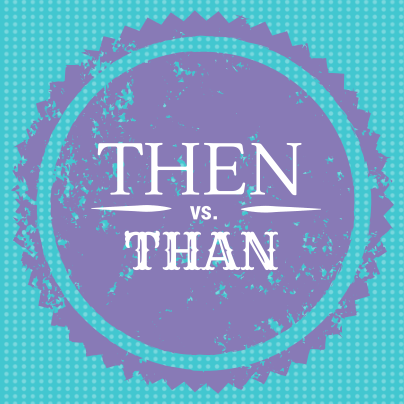 Who wins in the battle of then vs than?

Better Than Then, Wait, When?

Usually, then is related to time. It is also used to denote a consequence or sub sequence. One action leading to another. Cause and effect. Examples:

Than is a conjunction used to compare and contrast. Examples:

Obviously, these two words are mixed up very often, and it is very understandable why. Here are a few tips on correct usage of both words.

– Than has no synonyms, and it cannot be replaced with any other words.

– Then has many synonyms, whether dealing with a time-related sentence or a consequence.

These two words also vary a little in pronunciation. The A in than is spoken a little longer. It is a fuller vowel with a stronger sound, and it makes an impression on the word when it is spoken aloud. 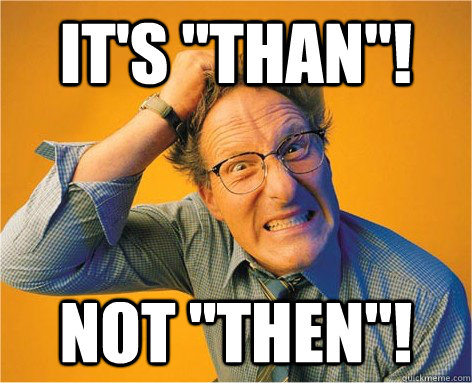 The difference between then and then can sometimes be frustrating.

The E in then is a relatively short sound vowel, and it is spoken with some haste.

These are the main differences between than and then. I am sure you’re a better student than I ever was! Alright, then!

Here’s a link to our podcast on the same subject, enjoy!

Tagged as: learn grammar online, Learning English Online, than vs then, Then vs. Than