The nature of a polarizing, overwhelmingly popular game like Pokemon Go is such that there are going to be complaints. Even the most fervent Pokemon Go fans would concede that Niantic’s augmented reality gaming revolution is far from a perfect product – a number of issues plague the game, from the objectively hurtful shortcomings (server issues) to the debatably hurtful competitive balancing functions (the game must be open in order to track movement). Ultimately, one thing that fans need to digest is that the game is not a finished product – while Pokemon Go has now launched in a majority of markets, Niantic is still reading and reacting to the tremendous amount of feedback they have received from the straightforward yet addictive mobile experience. The popularity of the game was virtually impossible to anticipate, and as such Niantic could not have expected the strain on their servers or the sheer volume of comments, suggestions, and requests from the fans of what is now the biggest mobile game of all-time. Here at EduMuch, we have a few thoughts of our own to share. While we love the game, there are a number of improvements we feel would make Pokemon Go even more enjoyable, as detailed in this, our Top 10 Ways Niantic Can Improve Pokemon Go feature:

This should come as no surprise to anyone. By far the most limiting, commented-on problem that Pokemon Go suffers from is that of its server issues. There is nothing more frustrating than being unable to play the game while on-the-go and knowing you’re missing out on prime Pokemon-catching opportunities, or worse, seeing the game crash after engaging a wild Pokemon. Maybe the traffic will settle and lessen the strain, or maybe Niantic will compensate for the unexpected volume, but either way, this is a problem that needs to be fixed, and soon. 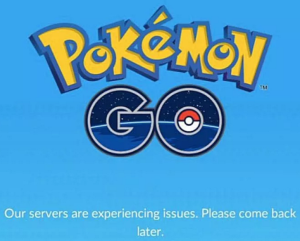 Part of what made the original Pokemon games such a revolutionary product was the nature of trading, and the version-exclusive Pokemon available in each game. Short of owning multiple
copies of the game, the only way to catch em’ all in generation one was to trade with a friend who owned the version that you did not via a link cable – for example, Electabuzz and Scyther were only catchable in Pokemon Red. Trading took the game into the real world and made it a more fun, sociable experience – something Pokemon Go can, seemingly, easily achieve if trading is implemented. 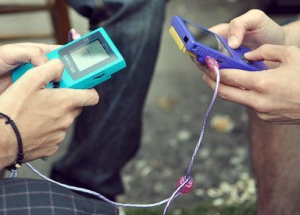 For a mobile game, battling is actually pretty enjoyable in Pokemon Go. Now, if only players could battle in more than a handful of locations, we’d really be in business. Depending on where you live, you could go days without seeing a Gym in Pokemon Go – rendering a critical element of the Pokemon world – battling – painfully absent. Niantic needs to find a way to make battling a more frequent occurrence, and especially needs to introduce player-to-player battling. There isn’t a single person to have downloaded Pokemon Go who wouldn’t enjoy battling friends. 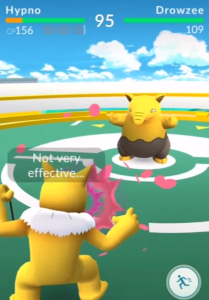 This doesn’t need to happen now, but it does need to happen. Pokemon Go currently features the original roster of 151 Pokemon (minus the conspicuously absent Zapdos, Articuno, Moltres, Mew, and, interestingly, Ditto), meaning that over 600 Pocket Monsters are MIA. We’re sure it’s only a matter of time until Niantic introduces more Pokemon to the mobile community, and it should make for a great way to keep the game fresh.

Online ranking, particularly in mobile gaming, has become such a prevalent feature that it’s almost hard to believe Pokemon Go was released without any kind of ranking system. From level, to gym’s won, to number of Pokemon species caught, there’s no shortage of ways in which players could be ranked – it would make for a great way to stoke the competitive flames in the community and motivate players to go that extra mile to catch Pokemon. 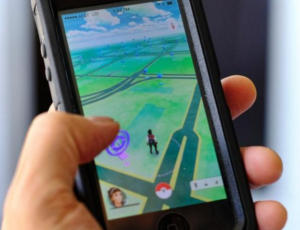 This seems like a natural feature for a game which has benefitted so much from the community aspect of its user base. Players should have the option to see how they match up with friends – rather than sending screenshots featuring updated Pokedex counts, Niantic could make things easier for players by allowing Pokemon player profiles to be viewed if a player wishes. Also, for a game which utilizes GPS tracking at its core – players should have the option to allow friends to view the locations at which they have visited Pokestops, caught Pokemon, or won gyms. 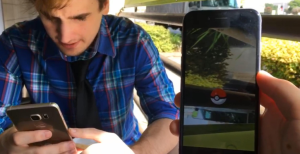 An intriguing early trailer of Pokemon Go featured a Mewtwo appearance in which the ultra-rare Pokemon was taking on dozens of players at once in battle. This captured the imagination of many, who wondered whether this was a sure-fire sign of things to come. For a franchise which has utilized in-game urban legends, tricks, and secrets in the past for marketing purposes – the Mew under-the-truck rumor is one of gaming’s most infamous ever – the mystery that shrouds the rarer Pokemon is useful. However, Niantic’s previous open-world game, Ingress, utilized community-based, cooperation-required events to great effect. Nothing would lend itself better to such a thing, it would seem, than featuring events in which players were required to cooperate and actively participate in order to capture rare Pokemon. 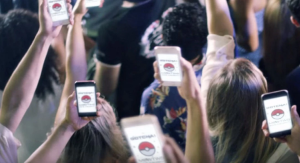 There has been a loud outcry of demand from some of the lazier Pokemon Go users who want the game to play in the background on phones. In other words, rather than needing the app to be open, players would always receive vibrating notifications when a Pokemon is close. This is, without a doubt, a terrible idea. Forget the obvious strain on batteries were the app to be, essentially, always running in the background. If all players received alerts whenever in range of a Pokemon, what exactly would the difference be between players? A game ceases to be a game the second it essentially becomes robotic – which it would be, were players to be tipped off regarding a nearby Pokemon for doing nothing. The game should only function when the app is actually open – period. It should be noted, there is a Pokemon Go vibrating wearable planned for purchase, although whether or not the app would need to be open in order for the watch to function remains to be seen. 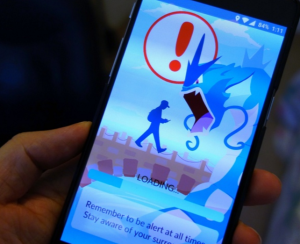 This is a pretty basic, humble request. The journal featured on the player profile page which logs activity only shows a certain number of recent items – for prolific players, the activity logged may not even span back a full day. A comprehensive journal that could break down into Pokemon encountered, gyms won, items acquired, etc. would make for a more enjoyable, detailed Pokemon Go experience. 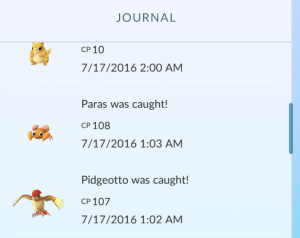 Items like Incense, Lure Modules, and Lucky Eggs are, essentially, a tease. Unless you make in-app purchases or live within range of a Pokemon gym, you’re going to be hard pressed to acquire items with any kind of frequency – the game just doesn’t afford many opportunities to players to receive items outside of with the use of Pokecoins. This is understandable to some extent – in-app purchases are the name of the game, from a fiscal perspective. It would be nice, however, if useful items were found just a little more often – the game is challenging enough without virtually never having the help of the various items. 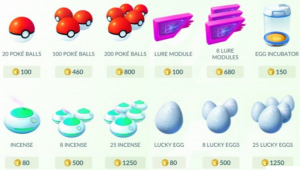 Niantic has already announced that a number of upgrades are on the way, which is great news for players looking for an enhanced Pokemon Go experience. Hopefully, in time, the game will incorporate all of the suggestions mentioned here – ultimately we’re all just looking for the greatest Pokemon experience possible so that we too can catch em’ all!