The English language is old. It has undergone many transformations, and yet some things have managed to stick around.

60% of the English language’s words have silent letter in them. These are very frustrating to deal with, especially for those studying English as a second language. However, some silent letter can drive even the best native English speaker or writer crazy. Some of them make some sense, since they serve to differentiate words that sound the same (homophones) from one another. However, even those are not meant to be used as differentiators, but have simply become such over time. 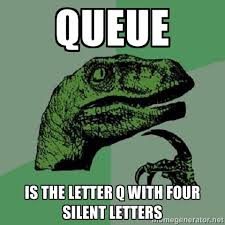 The many, many silent letters in English are actually leftovers. They hark back to time of English’s creation. The silent letters are closely related to the language’s origins – French, Latin, Greek, West Germanic, and other languages which contributed to the development of the English language.

Certain words, like wrench, knot, and psychology have a silent letter at the very beginning of the word. You would think they would have been dropped by now, but they continue to hang on. The English language is always evolving and growing, and there is a good chance these silent words will be taken out of the language altogether before long. Until then, they are definitely here to stay.

As I previously stated, not all silent letters are without use. I already mentioned distinguishing letters. Examples:

Other letters are used to give meaning to a word and its origin, like in vineyard. It is pronounced vinyard, but is written with the e in order to link it to the grape’s vines.

Other letters are used to put emphasis on a specific part of a word. Compare physics with physiques, for instance, or giraf with giraffe. It makes a big difference in the way that words are read and spoken.

Some silent letters can help connect words which share a common root, such as resign. The g is silent, but it comes from the word resignation, where the g is not silent.

The word damn has a silent n, which is not at all silent in the original damnation.

Part of the reason we have these silent letters all around us is due to the fact that the first printing presses were brought to the English shores by people of Germanic decent. Since the people running the presses had free reign to do as they pleased, they made English dictionaries which were closer to their own Germanic language.

Silent letters are a particularly difficult and annoying thing, but there are a number of rules that may help you out:

– A silent l is often before k – chalk, balk, talk

– A silent b is often after m – plumber, climb, dumb

– A silent n is often after m – column, autumn, condemn

– A silent t is often after s – listen, whistle, bustle 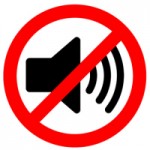 Remember that to every rule there are exceptions, and take comfort in the fact that as with anything linguistic – practice makes perfect. In time, and with practice, you will be no doubt be able to spot mistakes and make corrections to your written and spoken English.