In his masterpiece-of-a-book 1984, George Orwell deliciously (and very creepily) paints the picture of a world in which language has turned into newspeak:  a concise, abbreviated,  shorthand of the language formerly known as English.

In today’s rapidly changing world, more and more of the English language is being affected by social media. This is happening in both the written and spoken forms of English. English never stops evolving, it seems. From Old English to Middle English to Modern English to… Tweeted English? Outside influences have always had a major effect on this West-Germanic tongue. This time, however, the invaders are not Saxons, Normans, or Norse Tribes. It is a revolution we ourselves have created, and we are watching it unfold. 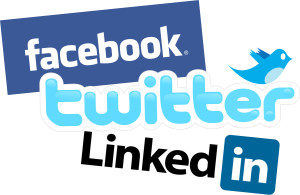 When I was a film school candidate hoping to enter a screenwriting program, I was asked in the interview why screenwriting appealed to me. I answered that after writing prose and poetry for a while (nothing got published, but still!) I wanted a real challenge. I wanted to experience an art form where the limitations are so strict, it would cause me to re-evaluate my use of language and text. Essentially, a script has in it two things, and two things only – what is heard and what is seen. That is it. Nothing else may enter. The screenwriter must use his command of the language in order to build an entire world full of characters, emotions, and plotlines.

I feel the same way about Twitter. When it first appeared, 140 characters seems so little. Only after beginning to fiddle around with it did I realize its amazing potential. People will be sort of forced to think about what it is they want to say, and distill their thoughts into the most essential text only. 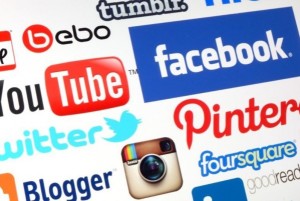 Alternate spellings of words, acronyms, and heavy use of abbreviations have always been a part of my life, to some extent. The military first showed me just how concise language can be, and how important it can be (in certain situations, at any rate) to use the same vernacular. Within one small word or acronym, there is an entire world of references and meanings, known only to those who use them.

Language is a fluid. It moves and changes with the times, and so it should be. While some may lament the current state of the English language, others – such as myself – see this as a wonderful opportunity. We get to witness real change happening. Nothing to do but sit back, marvel at our own creations, and wonder where English will take us next.