We use computers. Shocking, I know. In fact, I am writing these words on a computer right now. Did I just blow your mind, or what? Are you ready for another earth-shattering fact? I am wearing yellow-tinted computer glasses. True story.

It comes as no surprise that we all use computers. A lot. All the time. And if not a computer, per se, then we manage to use something. A phone, a tablet, a portable or wired gaming console – some kind of monitor is being viewed by a large amount of the population in the U.S., even at this moment.

You could argue over the state of a society which is hooked on screens. Sure, you could, but I am not here to argue, attack, or defend such a culture. I am merely stating a fact, which is that we find ourselves in front of screens a lot, sometimes for hours at a time. And precisely because of that, computer glasses were invented. 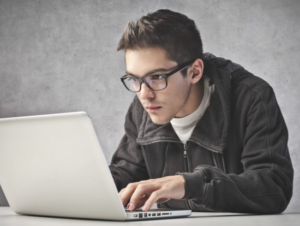 When I was a wee lad, I had heard that too much television will rot your brain. Again, that is a controversial statement. What is true, though – or it was for me, anyway – was that staring at a television screen caused my sight to worsen.

Obviously, this also had to do a lot with genetics, but the point still stands. We are not meant to be staring at screens for so many hours of everyday, and it doesn’t matter if it is during the course of work, school, or recreation.

Computer glasses are essentially a way to help your eyes relax. When you find yourself staring at a screen for a long time – or possibly even a short time! – you may begin to notice that your eyes or head begin hurting. The more you use computers, the more likely you are to know what I am talking about.

We don’t all have the same type of vision, and we don’t all work in an equal distance from our screens. As is the case with ordinary corrective eyeglasses, different people – with individual circumstances and possible inadequacies – require various lenses to accommodate their specific situation. To that end, different lenses have been invented for computer glasses. The standard types are:

Occupational progressive lenses: Multifocals for near, middle, and to some extent far. Comfortable for use at a desk, but not recommended for extended tasks which require use of your long-range vision.

Occupational bifocal and trifocal lenses: These offer better focus for intermediate and near computer use, and the position of the visual zones can be customized by the wearer.

As vision technology (and monitor technology) advances, so do the lenses which are used in computer glasses. There is a good chance we will be “seeing” more types of lenses in the future. 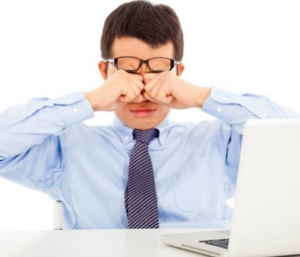 In most cases, we are all but unaware of precisely how hard our eyes are working in order to provide us with clear images of the world which is around us.

This, along with the wide range of screens we encounter on a daily basis, takes its toll on our system of vision, and contributes to the development of computer vision syndrome (CVS).

CVS is regarded as a temporary condition in many cases, but with repeated and prolonged use of various devices, the symptoms of CVS may grow more acute and last longer, culminating in permanent damage to the visual organs and ocular system.

According to the National Institute of Occupational Safety and Health, 90% of the people who spent three hours or more at day at a computer are affected by this syndrome on one level or another. These days, there is a seemingly unending stream of people showing up for eye checkups, all of whom are complaining of symptoms pointing towards CVS. 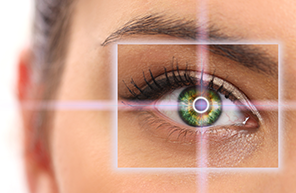 PC spectacles manage to take some of the pressure off of our overworked eyeballs and strained sockets. Computer glasses have been specially engineered to reduce (and in some cases totally eliminate) the strain, fatigue, and dryness caused by our display devices.

The glare-reducing, UV-blocking properties of computer glasses are a major contributor to proper ocular health in the office environment. Thanks to their design and color tint, the eye’s muscles are able to be more relaxed, less squinty, and better focused on the task at hand.

We’re not all taking the necessary steps to ensure proper eye health. We don’t all have the best chairs, nor do we sit at an appropriate and optimal distance from our monitor. We don’t exercise our eyes, we don’t – or are unable to – take adequate breaks. And those who do usually spend it gawking at their phone. Ironically enough, we often try to optimize other elements of the computer experience – like our keyboards and gaming mice – while neglecting our eyes.

Worst of all, many of us tend to dismiss CVS symptoms as a minor issue or petty nuisance. This tendency is reinforced when the symptoms seem to lessen upon ceasing computer-related activities for a certain amount of time, or after a good night’s sleep. Later on, when the problem intensifies and the symptoms become more persistent and less subtle, those same people may wonder whether or not there was a way to prevent some of the damage.

Do You Need Computer Glasses? 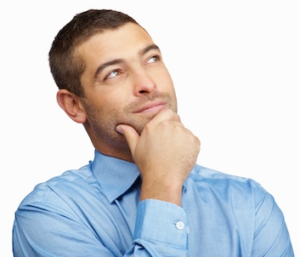 Do You Need Computer Glasses?

So, do we need computer glasses? Should we all be wearing some variation of this invention? The short answer is yes, we should.

Now, some of those in opposition claim computer glasses are a useless and frivolous purchase, engineered solely for the purpose of liberating people from their hard-earned money.

I wholeheartedly disagree. My yellow-tinted glasses have been with me for a few years now, so I honestly don’t know what it is like to be without them, and I have no real way of knowing what sort of shape my eyes would be in had it not been for my PC shades.

Perhaps this conclusion is drawn because computer glasses are also called “gamer glasses,” and that certain gamer-gear outfits are making a pretty penny hawking these glasses at a higher price, all thanks to a logo which is stamped on the frame, or a certain game-specific design.

Now, what I will agree to is the following: if you are working opposite a screen or otherwise staring at one, from various distances and multiple angles, for prolonged periods of time, AND are experiencing no fatigue or strain whatsoever – congratulations, you are part of that relatively small percentage of society which has “super eyes” and really shouldn’t bother with computer glasses. If you are experiencing no symptoms, there is nothing to fix. Simple. 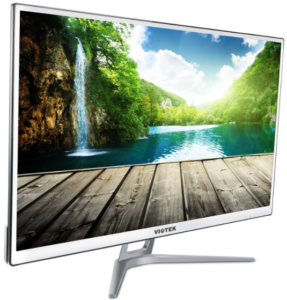 A big part of what causes CVS damage is not just the distance or the lack of exercise on the part of the user, but the monitor’s own lighting. Many times, it is in great contrast with other elements which surround us, and this is especially true in poorly-lit places or offices. We’ve all been there, staring at our phone (for instance) in a darkened room, before we fall asleep. The contrast between the light and dark can be clearly seen and felt, and this is very much up that alley.

A great number of CVS symptoms are closely related to the blue light which many monitors emit. Filtering some of the glow and glare of a monitor can be done with computer glasses, but there is also the option of easing the light’s effects at its source, via safer computer monitors.

These “safe screens” can be purchased as a standalone product, or alternatively you can acquire a filter which fits over your monitor, and – according to their proponents – significantly reduces the harmful UV, glare, and glow.

By the way: blue light is not inherently evil. This is an important thing to note. Some amount of blue is widely acceptable and permitted. However, there is such a thing as too much of it, and this is primarily what

People should be avoiding.

I am not a gamer by any means, but I do find myself in front of screens for a good portion of the work day. As I previously mentioned, I have no way of knowing what state my eyes would be in if it had not been for my yellow-tinted glasses, but I am very happy for having discovered them, regardless.

The difference I feel when I take them off is always apparent, and I am thankful indeed for their protection. It could very well be that not everyone is in need of them, but I think that more people should become aware of just how much damage they are causing their ocular system, and be equally aware of the protection they could – and should – be providing for themselves. Many times, it is a relatively small investment which can yield some major long-term results. Speaking of results, studies on the short- and long-term effects of computer glasses are pretty much inconclusive.

However, I personally find that in this particular case, I don’t need a researcher or doctor to validate that which I already feel – that these glasses are efficient and downright necessary for maintaining my eyes’ good health. They’re not making anything any worse, at any rate, which is more than I can say for the screens. Get a quality pair, give them a shot, and you’ll be able to feel the difference.

Check out our Razer and Corsair reviews while you’re here at EduMuch!