Nouns are words used to describe every object or abstract concept that we have a name for, basically. Nouns are used to describe people, places, things, and ideas. They can be broken into several sub-categories, according to their use and context. There are various ways of breaking down nouns, and I will be writing about a few of them.

Proper nouns – are capitalized. They are used to name specific people, places, ideas, and things. Examples of proper nouns are God, America, and Zen Buddhism.

Common nouns – are not capitalized. They are used to name commonplace people, places, ideas, and things. Examples of common nouns are bus, work, and play.

Common and proper nouns are used to differentiate and distinguish words. Without capitalization and context, we have no way of knowing if the word play refers to the act of playing or to a theater production, as opposed to the name of a gaming magazine.

Nouns come in different forms. They may refer to a subject, an object, or to show possession. Through use of the noun, we can establish the noun's meaning. Example:

Notice that an apostrophe (‘) is used with a letter s to show possession. Sometimes the letters are es, as it depends on the noun's spelling. The noun is either singular or plural, and the apostrophe may appear before or after the s depending on that.

Next, we have nouns which can be counted and numbered, as opposed to those which are unmeasurable. They are known as count nouns and non-count nouns (also called mass nouns).

Count nouns – are words such as mountains, books, or teeth.

Non-count nouns – are words such as air, hockey, or blood.

Some nouns may be countable and non-countable, depending on the context of the sentence in which they appear. It also depends on the plural and singular use of the word.

One of these can be counted, while the other cannot. Nouns can shift and act in different ways, when put together with other words. You may count blood cells, but not the blood in itself. Blood is a mass noun, and it already incorporates a sort of infinity. Cells are finite, but blood is not.

Another type of confusing noun is the abstract. The abstract exists in opposition to concrete nouns.

Abstract nouns – refer to a noun which is not part of the material or physical universe, but is rather an intangible idea or thought, even though it can be expressed by physical means. Words like warmth, peace, and grief. They exist in our world, but cannot be put into a specific category. They are abstract.

The reason these can be confusing, especially for those who are not native English speakers and who may be learning English as a second language, is due to the fact that determiners may appear next to the noun, making it more difficult to place. It is not easy to find rules and consistencies in nouns which shape-shift like this.

We huddle together for warmth when it gets cold. Here, the word warmth is an abstract.

Here, however, the word gets a determiner: he felt her warmth as they embraced. The word warmth is an abstract which is preceded by a determiner, so we understand it was her warmth he was feeling and not merely warmth in a general way.

Concrete nouns – refer to nouns which can be perceived by one of the senses. Words like chair, apple, or atom. Some words can be used in both the abstract and the concrete. It is all about context.

Collective nouns – are used when a group is regarded as an individual. For instance, words like group, tribe, or class. Even though these words refer to more than one individual by definition, they are regarded as singular.

Sometimes, they can be regarded in both ways, but not in the same sentence. There must be consistency in the matter.

The jury is deadlocked – singular.
The jury were unable to reach a verdict – plural

Some would consider the second sentence to be incorrect to begin with, but it is in fact usable. Singular is preferred when talking of a single body.

This post discussed a relatively short and basic group of nouns. As you probably know, rules were made to be broken.

This means there are many irregular nouns which appear throughout the English language, and could make it even more difficult to learn.

Have no fear! Even though some nouns (and rules) are difficult to learn and categorize, you will learn more as you continue using them and identifying them correctly. 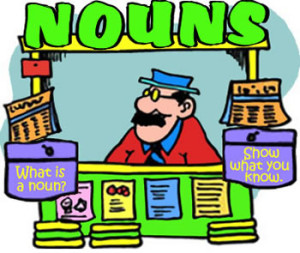 What is a noun?

In the past, there have been some attempts to classify and categorize nouns. Some of these attempts were quite controversial, and for now there are no strict guidelines other than the ones I mentioned in this post.

Nouns are a very important part of the English language, and of any language for that matter. They are words we use each and every day, all day, all the time. They are the names of everything that surrounds us. Anything our senses can reach and take in has a name, a noun. Learning the proper use of nouns, and their exceptions, is a key lesson in understanding the English language, and in using it correctly and confidently.