A History of WordPerfect 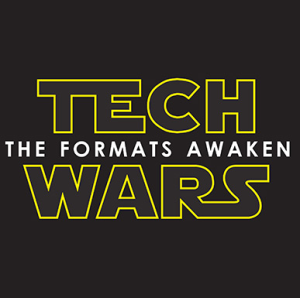 VHS vs. Betamax. Sirius vs. XM. 8-track vs. Cassette. Blu-Ray vs. HD DVD. Technological history is replete with examples of ‘format wars’ that pitted two similar products against each other, the differences being in how the products achieved their goals.

First, for some background on the history of WordPerfect and this word processing market tug-of-war. Although it may be difficult for some to believe, there was a time when Microsoft Office did not rule the word processing market – and WordPerfect was the market leader. Existing as its own self-sustained company, WordPerfect was first released for IBM computers in 1982. In the late 1980’s, WordPerfect 4.0 took the application to new heights and distinguished itself amongst a sea of competitors by offering automatic numbering, as well as footnote and endnote tools – features that may seem elementary today, but at the time were viewed as revolutionary. WordPerfect continued to rule the roost until Microsoft began to 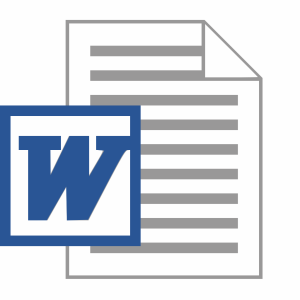 dominate the computer scene with the release of its iconic Windows 95 system, which WordPerfect failed to smoothly port its latest product to.

Novell, which had bought WordPerfect in the early 90’s, alleged that Microsoft had deliberately limited the usability of WordPerfect on their Windows platform in an attempt to take over the word application market. Stability problems and a late release significantly damaged WordPerfect’s chances of success on the Microsoft platform, and the popularity of Windows and the acclaim of Microsoft Word began to turn the tide in terms of market share. By the late 1990’s, Microsoft had cornered the word application market in conjunction with its nearly universally adopted Microsoft Office suite, and WordPerfect has never fully adapted or recovered to the extent that it could restore itself to its former levels of success. The Novell vs. Microsoft antitrust lawsuit was dismissed, but the appeals process is, amazingly, still ongoing. 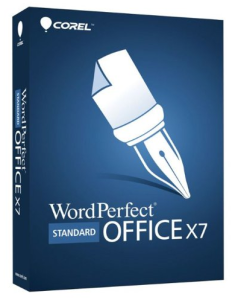 WordPerfect has carved itself out a niche in the legal profession, but use of their programs outside of those circumstances is fairly uncommon. The advantages and selling points of WordPerfect are its formatting options, conversion friendliness and ease of fixes, and specialization (such as pleading numbering, redaction, and a pleading editor). The ease of fixes in particular are a handy feature – it’s nice to use a word processing program that corrects more than the typical ‘than or then‘, ‘was vs were‘ errors. It has noted disadvantages in that it boasts fewer users (and therefore less community support), promotes higher costs (training and the cost of the program itself), and generally reports relatively high failure and corruption errors.

Microsoft Word, on the other hand, is inexpensive, familiar to most modern computer users, and promotes high ease of use. Steering clear of nitpicking, Word has few disadvantages or limitations outside of use by communities and users that require extensive formatting options.

WordPerfect X7 represents a dual-effort on the part of Corel – an attempt to both double down on the advantages offered by the WordPerfect predecessors as well as to shore up some of what turns users off. X7 allows users to open and edit PDF files – a tool that is incredibly handy, especially given the prevalence of PDF documents in today’s increasingly fax-less world. X7 is also fully compatible with Microsoft Office, which makes the program a lot more accessible for users and would-be users, as it’s a tough sell to expect people to switch to a new word application that is incompatible with all of their previous documents. Users can also now save their document in any format that they’d like, which, again, helps make the program just a little more accessible.

X7 also comes with an eBook publisher as well as CD/DVD burning software, adding to its already comprehensive list of features. X7 even includes enhanced mobile and tablet formats, including its impressive WordPerfect iPad app. Make no mistake about it – X7 has Microsoft beaten when it comes to features – it just so happens to be that word application users don’t value an extensive list of features as much as WordPerfect might like. Priced at about $50, the X7 is a cost-effective option for users looking for a stand-alone word application to use – Microsoft Word is only available as part of the full Microsoft Office suite (including Word, Excel, PowerPoint, and OneNote), which costs about $150.

WordPerfect X7 offers a number of useful features, including its extensive formatting options and auto-fix features that combine the usefulness of grammar-correction programs like Ginger Grammar or Grammarly. Ultimately, however, X7 is still plagued by some of the most important and key shortcomings that are really less of WordPerfect’s own fault, and more representative of the reality that this is Microsoft Word’s world, and WordPerfect is just living in it. Microsoft Word still owns the cleanest, easiest to use interface of any word application (the release of Microsoft Word 2016 was met with universal praise) and, most importantly, Microsoft Office is still the most commonly used word application on the market by far.

The simple fact is, as long as Word is the application that people find on most computers, and Word is the format in which most documents are published in, it’s going to be a tough sell convincing most users to switch over to WordPerfect. Microsoft also has a stranglehold on the market right now via the fact that Windows is still the most popular operating system in the world. As long as that is the case, outside of some niche customers or folks who legitimately can and will take advantage of WordPerfect’s admittedly impressive cabinet of features, Microsoft will continue to ensure that the result of this format war will never be reversed.

Thanks for reading our WordPerfect X7 Review 2016. Be sure to check back for more grammar reviews and features at edumuch.com!