BenQ started its climb up the latter of IT industry in the early 2000s. Established in 2001 as the BenQ Corporation in Taiwan, its popularity has been growing ever since.

Fun fact! – BenQ is an acronym which stands for “Bring Enjoyment N Quality (to life)”.

Honestly? It is not the best name or acronym for a business, in my opinion, but as Shakespeare said so many years ago: “what’s in a name?”. Besides, I am assuming that in the Taiwanese culture, it passes as a good name. The facts speak for themselves. BenQ are becoming more popular every year, and their products are some of the industry’s most respected items.

So, BenQ specializes in creating display monitors for computers and projectors for business, education, and home theater purposes. They do have some other investments going on, but those two areas of the industry are the thing they focus on the most.

Why It’s Time To Get Yourself A Projector

TVs and laptops are great. They have their time and place, and so they should. But when you finally find the time to sit down and watch a movie, please oh please – do it right.

Have you ever walk into someone’s home theater room, and thought to yourself: hot damn, I need to get me one of these? Well, I did. I am an avid movie watcher, and this is one seriously amazing way to watches cinema. Once you go with a projector, there is a good chance you will never want to switch back to any other device or venue, except of course for the actual cinema. It’s a game changer, which is why it is recommended for anyone who is into movies, gaming, and a rewarding and high quality experience. 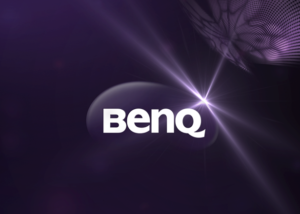 BenQ has been in the projection business since it was established. Over the many years of operation, BenQ has discontinued certain models and kept others going, but the company’s commitment to its multi-national clients and customers has never wavered. They are still sincerely interested in introducing a higher path, and in “bringing enjoyment n quality of life” to those who choose to use their devices.

As for projectors, BenQ now has many models, aimed at different crowds, and designed for various purposes: Home theater, business, education, and even professional venues.

In this list, we have gathered some of BenQ’s best sellers and reviewed them briefly. I don’t own all of these units – unfortunately – but I did have a bit of time to play around with them. So, please take my words with a grain of HD rainbow-free salt. I urge you to do your own research, get to shops (actual ones, not just online), and take these out for a spin as well. We all have different needs, and what fits in my room may not fit in yours. This is true both figuratively and literally. So without further ado…

The W1070 is part of the W series (you’re kidding! Who woulda thunk?), which is essentially BenQ’s home theater models. 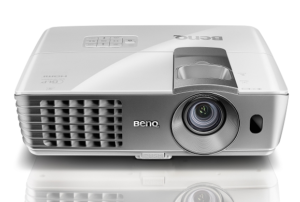 Here are some of it specs:

This unit has full HD, 3D support, and is bright enough even with 2000 lumens. It is not in the same league as some of the more expensive projectors, but as a moderately priced one, it gets the job done and it does it well. It also comes with a built-in speaker, but let’s face it – if you are going to invest in a home theater setup, get some speakers, buddy.

An SVGA option, for those who are interested in a powerful and highly portable unit. The MS524A is categorized as a business projector, but it would fit into many medium sized rooms. 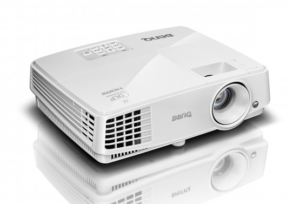 Some of its tech specifications:

This unit is 3D-ready, meaning it will accept a PC’s 3D signal, is incompatible with the kind of 3D which Blu-Ray requires. This model has an HDMI input, RCA, VGA, and USB inputs, and other standards. The MSRP is just that – a price recommended by the manufacturer. The street prices are always cheaper, so be on the lookout for one which is on sale.

The HT series (stands for home theater) by BenQ has some of the most sought-after home entertainment projectors out there. In the U.S. as well as other locations, BenQ’s projectors have become something of a standard. 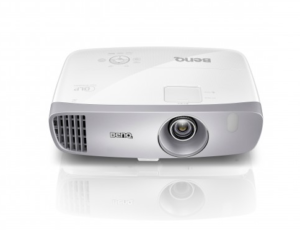 The HT2050 basic specifications are:

BenQ’s projectors boast vibrant and vivid colors, and long-lasting quality which stays true to life. The technology this model utilizes is a digital light processing (DLP) chip, and it has all of the standard connectors. Several other HT-series projectors also include a mobile high-definition link (MHL) connection, but this particular model does not. This is one of its only drawbacks, in my opinion, another one being the fact that it is 3D-ready but is not compatible with Blu-Ray and the like (just like the MS524A).

There is nothing like watching a sporting event on this thing. It changes so much. I don’t know how I lived as long as I did without a projector. As I said, these are not my own, I was only testing them out, but with this unit, it is definitely one of the best and most enjoyable test drives I’d been on. Watching the last couple of NBA finals games on this thing was out of this world. Bright, accurate, and dependable – anyway you look at it, it’s a winner. What a shame the same can’t be said for the Cavs, huh?

This projector has WXGA display capabilities, housed in a digital light processor chip projector. It is a unit which is priced right, according to the features it comes with. Its brightness and contrast are top notch, and even though it is not full HD, it still has a lot to provide those users on a budget who may be interested in a powerful and portable projector such as this.

This projector has WXGA display capabilities, housed in a digital light processor chip projector. It is a unit which is priced right, according to the features it comes with. Its brightness and contrast are top notch, and even though it is not full HD, it still has a lot to provide those users on a budget who may be interested in a powerful and portable projector such as this. 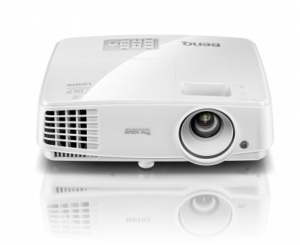 3D support, for games and videos which comply, is available in the form of an HDMI 1.4 connection. Other connections (USB, audio, VGA) are also there, of course. This is actually the projector I had the least amount of time with. Quite unfortunately, I might add. I was having a great time playing online, and I didn’t want to stop. It looks amazing. It really does. So full of life and color, and according to BenQ, there is ZERO wear on colors. Until you need to change that lamp, the colors will remain fresh, crisp, and tasty.

These are only a few of the units which BenQ is offering. These are some of the best and most affordable projectors around, and if you treat them kindly, they will serve you for many years of enjoyment and entertainment. Like I said before, there is absolutely nothing quite like walking into a home theater space. When it is good, it is good.

You can sit down and make some serious memories with high quality video and audio. These are the kinds of projectors which help to immerse you in the world of whatever it is you are watching. Yes, “Immersed” is definitely the right word to use in this case. It really does feel like it takes you in, and grabs your attention. A welcomed attribute to any media player, am I right? And more than that, it is a downright crucial attribute when it comes to devices which play films. I love it when a film grabs me and does not let me go until the credits. It is a very special feeling, and projectors like BenQ’s lineup can help you to get the most out of your space and your dollars. 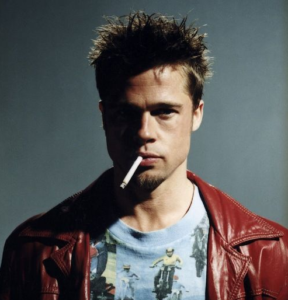 There are other companies and projectors out there. A home theater is meant to be a sort of one time investment. You purchase good equipment, make the payments, and you just roll with it. Better than getting some cheap projector that will work well for six months and then begin to break down, you know? With some things it is best to invest the time, money, and research.

Trust me, once you have a solid projector in your home, you won’t know how you had gone so long without one. There is a saying: “the things you own end up owning you.” Now, it is true that this quote was taken from Fight Club, but it was said in many other ways, thousands of years before Tyler Durden ever graced our screens with his presence. I feel that with a quality projector, you really get owned by it. I mean, you won’t want to watch movies in any other way after this!

For our reviews on Vim Software and the Best Grammar Checker Software check out Edumuch!