There are many word processors out there, and many programs which are meant to act as a safety net of grammar, style, and syntax. Software which are meant to give a text its finishing touches, and which act as a second pair of eyes and hands through which a document can be reviewed, proofread, and graded. Beneficial, to say the least, but wait… just how beneficial are they, anyway?

Some say that there is no need for such secondary programs, and that software like Microsoft Word can do it all. Well, first off, it most certainly cannot – not even in its 2016 incarnation.

Word 2016 is a powerful and helpful tool, sure. Nobody is disputing that Word can do some amazing things. But, even with its many advanced features, I still wouldn’t trust its grammar checkers to find all of the grammatical issues in a slab of text.

Some documents need to be as close to perfect as possible, and in areas of grammar and style Word falls short. That is my opinion. It does a beyond-awesome job of formatting and, well, processing the text. But as far as checking and editing? I never did think it had what it takes. Not for lack of trying, mind you, it is simply due to the fact that it is not a professional tool of style and grammar.

Furthermore, Word never claimed to help you become a better writer. That is what writing-enhancement software like RightWriter are here for.

Why You Need To Write Right 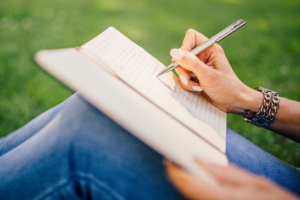 The Importance Of Writing

But wait… do we need such programs? Is it actually necessary to write properly at all? Okay, so you cannot rely on the checkers which come standard with a word processor, but why add anything to them?

Well, let’s put it this way – RightWriter is not for everyone. If you’re interested in becoming more skillful and more confident in your writing, then yes, you need something else other than those checkers. Word’s spelling, grammar, and style checkers – for instance – are not known for their accuracy, and they allow a lot of mistakes to slide.

So no, not everyone needs to “write right.” But those who do – students, teachers, professional writers, employers / employees in certain positions, and others – could certainly benefit from RightWriter’s capabilities.

You need to write right because it is a reflection on you. Not in all cases, obviously, but in many of them. Your writing capabilities – or lack thereof – show character and personality. This is especially true in the cases of professional writers.

RightWriter was first released in 2008 by Elite Minds, a company which specializes in developing education tools of all kinds. The software has gone through several changes over time. Basically, it scans the document, and then brings points to the writer’s attention. It is designed to clarify and enhance the text in question, without imposing specific answers. Like other checkers, it is designed to catch errors in spelling, grammar, and style that word processors and other programs simply gloss over. 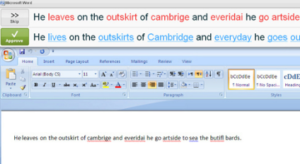 We have reviewed RightWriter in the past, and the features of this program are the same as they were: it checks text for over 5000 grammatical laws, spellchecks over 400,000 words, detects more than 25,000 style / syntax errors, provides a score on the strength and readability of your text, offers helpful statistics, and is also compatible with Microsoft Word and many other programs.

Like many other writing enhancers, it is recommended that you run RightWriter after you had already run your word processor’s own tools. It is not meant to replace them, but enhance them.

Not too much has changed with RightWriter. It is still with the same old graphic user interface. This is something which could be a deal-breaker for some. There are those who find it to be too old-looking. Fortunately, I was able to get past that. But I completely understand those who cannot. It is an issue, no doubt about it. But what it lacks in looks and beauty it makes up for in efficiency and accuracy.

It should be noted that there is no single program that can do it all, no matter how advanced its algorithms are. This is a cast-iron law of proofreading: humans will always be better than the machine. This is what I believe, anyway, and I take that into account whenever I review a writing-related piece of software.

RightWriter helps you become a better writer, and it does this by showing you your mistakes and grading your work. Over time, you will find that you are making fewer errors. This is why Elite Minds offers a 30-day money-back guarantee. The company is that confident in its product, and rightly so. Again, it may not fit everyone, but for those who do find it useful, it is a real game-changer.

The software still has no thesaurus or translator, which is why it doesn’t receive full marks. It is helpful and useful, but adding those two features would have been a serious upgrade. RightWriter requires no internet connection, and it doesn’t slow down your PC by running constantly in the background. Boot it up when you need it, use it, and shut it down until it is needed again.

Text is loaded right onto the main screen, or is otherwise copy-pasted. The interface still looks like an older DOS program. It takes me back to the early 90’s, which is why I have a soft spot for it. Hitting the analyze button will cause the program to scan and report instantly. Score, graphs, and other tools are available for the writer to choose from.

RightWriter is still lacking a little bit in the “writing genre” department. It only has a few to choose from: general, business, fiction, technical/report writing. Not enough, in my opinion, especially when other kinds of programs offer so many other genres and templates.

It may not be the best, but for $29.95 it is definitely worth it. It is hassle-free and fairly accurate. The more you use RightWriter, the better and more confident you become.

Here we come to the versus section of this review, and I don’t know how exactly to go about it, to be honest. Grammarly is obviously much more popular, and a lot more advanced in terms of interface and usability. Both writing checkers find an impressive amount of mistakes, but they go about different ways of correcting them. In other words, it is a matter of personal taste. There are those out there who, like me, will be in favor of the older, more simple kind of interface. On the other hand, some will immediately go for Grammarly for that very same reason.

RightWriter is only meant for Windows, and as far as I know, there is no Mac version. Grammarly is an online-based platform, which means it is more accessible, providing you have a steady connection to the internet. Grammarly also offers a mobile and tablet version, which RightWriter does not.

Price wise, there is no comparing the two. Grammarly has several plans and billing options to choose from (monthly, quarterly, annual), but it costs significantly more. RightWriter is simpler, but it costs a flat rate of $29.95, and that is it.

Comparing the two is a little difficult, because they are so different. Let’s just say that if you want to be able to access your work anywhere, Grammarly is the way to go. But RightWriter is cheaper and more effective for the basic home user / student / employee. Both programs will help to turn you into a better writer. It is a judgement call, which is why I can’t say one is definitely better than the other. If I had to choose, I suppose I would go with Grammarly because of the accuracy, ease-of-access, more frequent updates, and generally advanced support options. Also, lest we forget that Grammarly has a free version, and RightWriter doesn’t even offer a trial. This certainly puts Grammarly in first place between the two. Just my opinion.

English is a tough language, especially to write in. With all of those old grammatical laws and silent letters… it can really drive you nuts. If you are looking for a way to improve your writing, and avoid sending out texts with embarrassing typos and silly mistakes, RightWriter can be a great assistant. The fact that it is lacking certain features is too bad, really, but for the price you pay it certainly gets the job done, and done well.

RightWriter has no trial version, so make sure to do your research before purchasing. There are some who will be very happy with their purchase, and others who will feel borderline-cheated. I am just being truthful here. I know that when I used it, I found it to be efficient and pretty much on point, if somewhat “bulky” compared to other programs. I feel it just takes some getting used to.